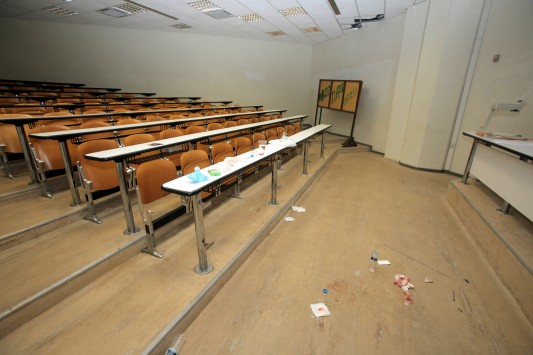 The real tragedy in Greece is that an estimated 160,000 to 180,000 university graduates have left the country since the start of the economic crisis five years ago, says an CNBC report.
The figures are based on a study by economic geographer Lois Labrianidis and his book “Investing in Leaving: The Greek Case of International Migration of Professionals in the Globalization Era,” where the author stresses that half of the graduate migrants have Ph.Ds.
Another study by Endeavor Greece brings the number up to 200,000, with 71 percent of university graduates moving to European Union countries and the rest to Australia, U.S.A., Middle East, Africa and Asia.
According to the report, “the most disturbing statistic from the study showed that the trend is not dissipating: a stunning 46 percent of Greeks living in the country are considering relocating.”
“The brain drain has huge implications for Greece,” said Labrianidis who does research at the University of Macedonia.
The percentage of Greeks who are university graduates is 37.5 for 25 to 34-year-olds. The most popular degrees are engineering, manufacturing, construction, science, math, computing, business law and architecture.
“Unfortunately, these minds cannot be retained, because the economy keeps sinking and there is no one left to create high-value-added products or services. It is a vicious circle,” the researcher told CNBC. And these minds are needed to reform Greece.
The economic crisis also had a great psychological impact on Greeks, creating great uncertainty; even to those who are employed or well-off. This uncertainty is pushing many to migrate.
“There is a sense of paralysis, and it’s gotten worse since the elections in December,” said Haris Makryniotis, managing director of Endeavor Greece. He also said that Greeks are waiting to see what would happen after the four-month bailout extension and if Greece will remain in the euro zone.
Makryoniotis went on to explain that potential entrepreneurs cannot get bank loans because financial institutions are stalling approvals. Investors are also reluctant to open their purses, waiting to see what will happen in four months.
A significant percentage of university graduate migrants would like to repatriate at some point, but that is impossible at the moment. The new government has the hard task of implementing crucial structural reforms within a very limited time-frame. “Until Greece enacts these reforms — such as reducing its high Social Security tax and investing in job training — the brain-drain exodus of young, talented Greeks will continue.”
“Such dramatic change cannot happen in a year or two,” said Labrianidis, concluding, “It is a very long process.”