GRNews
GreekReporter.comGreek NewsEconomyRussian Foreign Minister: We Will Support the Greeks If They Ask

Russian Foreign Minister: We Will Support the Greeks If They Ask 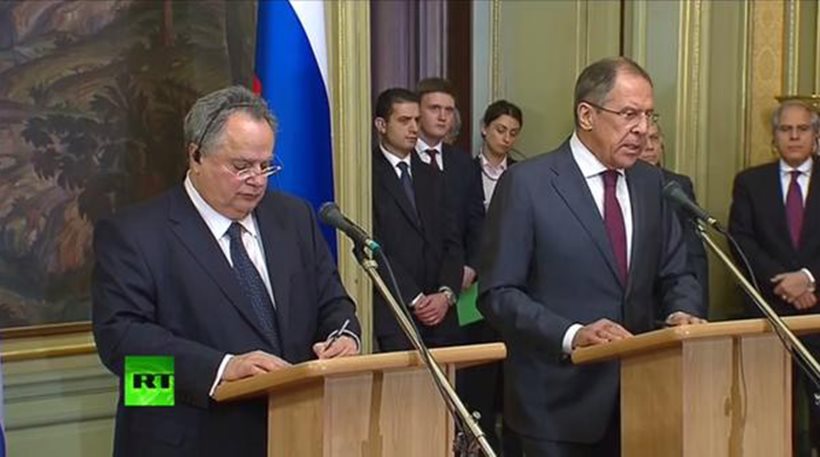 Russian Foreign Minister Sergei Lavrov said Russia will help Greece if Athens asks for financial support. The statement was made during a meeting with his Greek counterpart, Nikos Kotzias, on Wednesday.
The two men met in a joint effort to revive relations between the two countries after the European Union sanctions imposed on Russia over the Ukraine issue. Analysts say that the meeting was scheduled within the time frame of Greece’s negotiations with its European partners over the debt issue.
The Greek foreign minister expressed worry over the Ukrainian crisis. “We are very concerned about the destabilization of the situation on the continent. We see that Greece is in the center of destabilization. Greece wants to explain to its partners that all problems should be resolved through diplomacy, through negotiation. Otherwise, we will face a humanitarian crisis,” said Mr. Kotzias.
The Greek minister also expressed his gratitude to Russia for its firm stance in favor of Cyprus underlining that “our relationship with Russia is a relationship of sincere friendship.” Mr. Kotzias added: “What I said to Mr. Lavrov is that we have a principle in dealing with Russia, the principle of Europe and we should always show respect to a great power that has always played a peaceful role in Europe.”
On his part, the Russian foreign minister stressed that, “We appreciate the constructive stance of Greece in the relations between Moscow and the European Union. He also said that Russia will consider requests for assistance to Greece, if Greece asks for help.