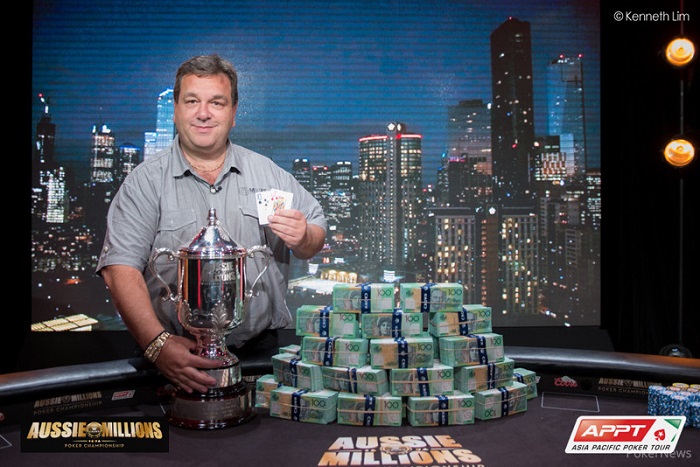 Greek-Australian Manny Stavropoulos took the first place among 648 poker players who participated at the Aussie Millions tournament. He won the impressive amount of 1,385,500 million Australian dollars in the tournament that took place in Melbourne’s Crown Casino.

The Greek-Australian, originating from Melbourne, participated in the 10,600 AUD no-limit hold’em main event and won the most prestigious poker tournament title in the Southern Hemisphere.

During the tournament, he stood against professional poker players such as Brian Rast, Richard Lyndaker, Australia’s Grant Levy and Germany’s Lennart Uphoff. Facing daunting odds, Stavropoulos was patient in his attack against Uphoff, the only player left on the table, and took him almost an hour to pull out a slight lead and eventually win the tournament.