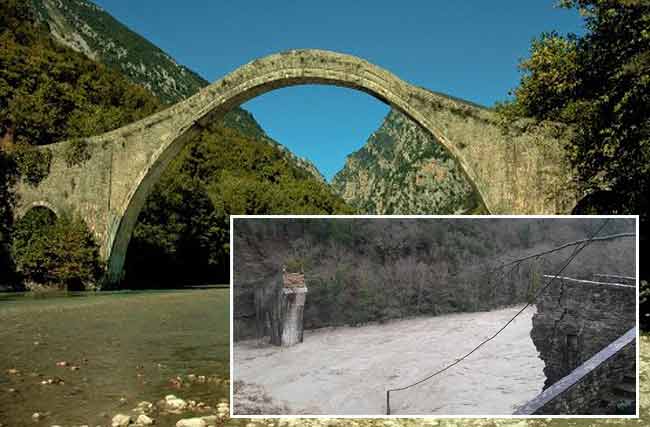 The incessant rain fall in all four prefectures of Epirus has created serious damages and problems to infrastructure, crops and flooding in basements, shops and farms.
The historic bridge of Plaka collapsed due to heavy rains that hit the area Tzumerka, Greece, yesterday morning. The news has shocked all of Epirus, since the bridge is the “Akropolis” of their region. It was the largest arch bridge in the Balkans.
The bridge, built by Konstantinos Bekas in 1866 over Arachthos river, is considered one of the region’s most important landmarks, attracting tourists and hikers. Local website Epirusgate reports that only a small part of it remains on the side of Monolithi village. 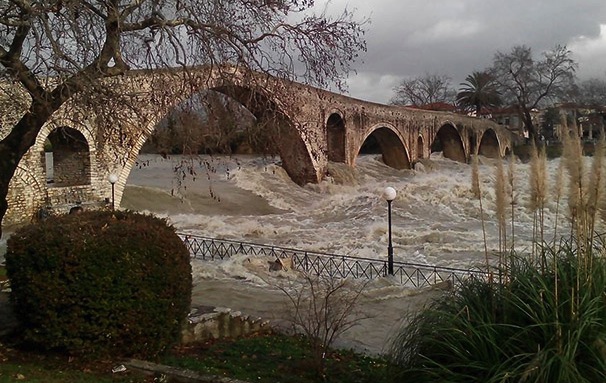 The regional authority of Epirus issued a warning on Sunday urging citizens to be alert for possible flooding, both in the lowlands and the city of Arta, Greece.
Deputy regional Arta prefect, Vasilis Psathas, told Real FM radio it is preparing to evacuate villages in the area. “We are on full alert, we are informing people. It’s possible we will have to evacuate villages and communities. We have been preparing for this since yesterday morning,” he said.
Epirus was not the only region to suffer from torrential rain. Further east in Thessaly, the banks of Pineios river also overflowed, destroying arable land. 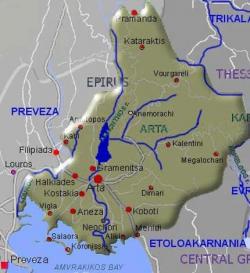 PM Tsipras: Our duty is the citizens’ protection
“The Greek government stands by our fellow citizens that are stricken by the extremely adverse weather conditions” said Prime Minister Alexis Tsipras after the conclusion of a broad meeting on the floods that was on Sunday at the Fire Brigade Operations Center “Our first duty today is to protect the citizens and tomorrow to repair the damages” he underlined.
Tsipras noted that the human lives are the first priority adding that nobody was threatened. He described the collapse of the historic Bridge of Plaka in Epirus as a sad incident, adding that it will be restored. He also said that the ministry of infrastructure has dispatched a team to Tzoumerka, in the region of Epirus, to help rebuild the stone bridge of Plaka that collapsed after heavy rain.
The prime minister called the weather conditions, particularly in Western Greece, unprecedented, but fortunately, he said, the State mechanism and the Citizens Protection functioned.
Government spokesman Gavriil Sakellaridis said that Infrastructures and Culture Ministries staff along with technicians will leave on Sunday for Epirus, headed by Alternate Infrastructure Minister Christos Spirtzis. He also said that the Epirus and Evrytania regions have been declared in a state of emergency, adding that problems exist in the Evros region but are being closely monitored by the state mechanism.