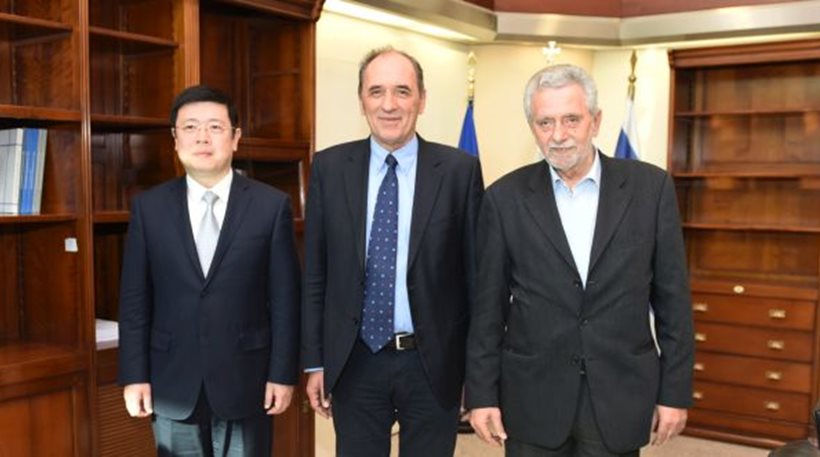 A meeting between Greek Economy, Infrastructure, Shipping and Tourism Minister Giorgos Stathakis, Deputy Maritime Minister Thodoris Dritsas, Chinese Ambassador Zou Xiaoli and a delegation of Chinese diplomatic officials was held yesterday in Athens. The meeting was appointed after Xiaoli’s personal request and is seen as a confirmation of the Chinese Commerce Ministry regarding the newly elected Greek government’s plans to proceed with the interruption of the Piraeus Port privatization, as announced by Stathakis and Productive Reconstruction, Environment and Energy Minister Panagiotis Lafazanis earlier this week.

The announcement alarmed the Chinese Trade Ministry and Cosco, which is the main candidate for the purchase of the port’s majority stake. “Agreements such as the ones with Cosco should be made in the framework of transnational agreements and we seek the strengthening of relations both with China and other countries”, Statahkis said during the Ministry’s duties delivery ceremony, adding that the new government will “respect the contracts, such as the one with PCT SA (Cosco),” but will examine all contractual obligations.

During yesterday’s meeting with the Chinese officials, the two Greek Ministers allegedly attempted to appease their concerns, clarifying that the bilateral cooperation will continue. “The two Ministers and the Ambassador agreed to engage in a constructive dialogue to enhance mutual cooperation” the Ministry’s announcement said.