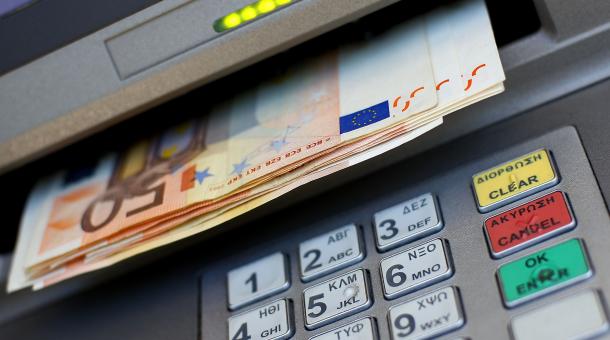 A new two-year low reached bank deposits in Greece in December, as Greeks withdrew some 4.6 billion euros in a period stigmatized by political uncertainty due to the unsuccessful election of a new President of the Hellenic Republic and the ensuing January snap elections.
According to the country’s central bank, the Bank of Greece (BoG), total deposits fell to 173.2 billion euros in December, reaching the lowest level since November 2012.
During the period before the January 25 elections, outflows continued in the first days of 2015, totaling at around five billion euros in January. The figures are small compared to the roughly 70 billion euros withdrawn from Greek banks over the past five years, while, according to government officials, some of the December withdrawals were connected to increased tax payments.
In response, two out of the country’s four systemic banks, and among the largest lenders in Greece, Eurobank and Alpha Bank, had formally requested, in January, access to an emergency cash facility run by BoG in what was presented as a precautionary step in order to combat the weakening liquidity.
Despite that, the banking sector’s difficulties continued even after the election of a new government. Yesterday, bank stocks tumbled by more than 25% at the Athens Stock Exchange (ASE). Investor confidence has been shaken by fears that the newly elected anti-austerity SYRIZA party could derail the terms of Greece’s financial support from its European partners, resulting in a default on its debt or even a Grexit.
In what is seen as a response to that, Greece’s new SYRIZA-led coalition government made clear it will launch a new round of talks with the country’s creditors over its debt burden and a number of reforms, including privatizations and public sector layoffs.