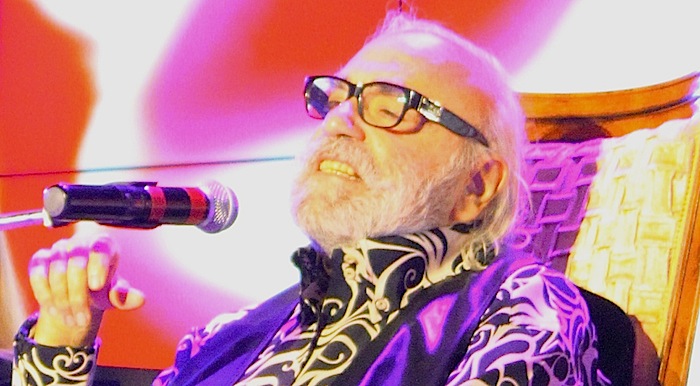 Internationally-acclaimed Greek singer Demis Roussos died early morning on Sunday January 25, 2015.
Artemios “Demis” Ventouris Roussos was born June 15, 1946 and had international hit records as a solo performer in the 1970s after having been a member of Aphrodite’s Child, a progressive rock group that also included Vangelis. He has sold over 60 million albums worldwide.
Roussos was born and raised in Alexandria, Egypt, in a family where his father George (engineer Yorgos Roussos) was Greek and mother Nelly Mazloum was Egyptian of Italian origin. His parents lost their possessions during the Suez Crisis and consequently decided to move to Greece.
After his family settled in Greece, Roussos participated in various music bands, starting with The Idols at the age of 17 years.
He became widely known in 1968 with the band Aphrodite’s Child, as a vocalist and later as the bassist. His distinctive vocal style launched the international career of the band, especially after his participation in their “666” album.
When Aphrodite’s Child broke up he continued recording and collaborated with famous artists such as Vangelis Papathanassiou in 1970 on the album “Sex Power” and in 1977 on the album “Magic.” His most successful collaboration was “Race to the End,” a vocal adaptation of the Oscar-winning “Chariots of Fire” musical theme. Furthermore, in 1982 Roussos participated as a guest artist on the soundtrack for the film “Blade Runner.”
After Aphrodite’s Child broke up, Roussos began his solo career with a song entitled “We Shall Dance.” He toured southern Europe without great success, but soon became widely known as an acclaimed singer. His career reached its peak in the 1970s.