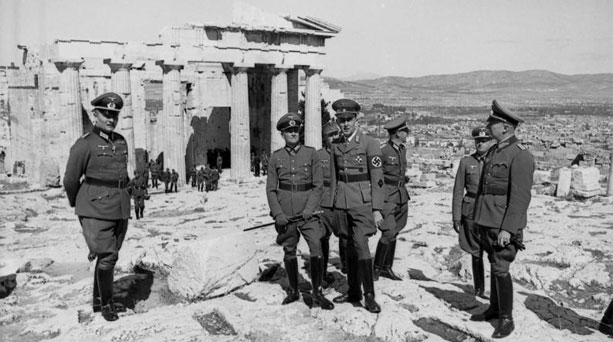 Germany owes the impressive amount of 11 billion euros to Greece, solely due to the forced occupation loan taken by the Nazis during World War II and which remains unpaid until today, a new official Greek report, handed to the Finance Ministry, revealed. Despite the outboasting report, Berlin, on its part, insists not to recognize that debt.

According to Greek Sunday newspaper “To Vima,” the secret report has been finally delivered to the country’s General Accounting Office and Deputy Finance Minister Christos Staikouras, after three months of thorough research and work undertaken by a special committee, chaired by the former General Director of the Greek Treasury, Panagiotis Karakousis. As the report revealed, Germany’s debt towards Greece reaches a sum of at least 11 billion euros.

As the Greek newspaper underlined, the committee took in account the most conservative estimates regarding the German debt, while Karakousis stated that this amount has nothing to do with the war reparations for the damages Greece suffered under the German occupation of 1941-1944, which could reach tens of billions of euros.

The report was delivered to Staikouras, who will forward it to Greek Foreign Minister Evangelos Venizelos, and will send it to the State’s Legal Council. According to the Greek Constitution, a special Legal Council should meet and decide-advise the government on how to handle the issue.