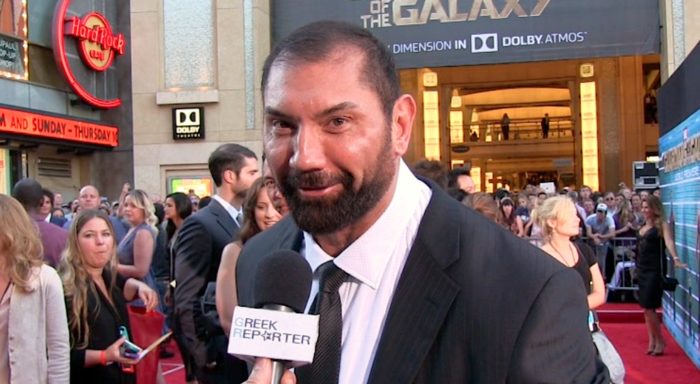 After months of rumors on casting choices for the new James Bond film, “Spectre,” it has now been officially confirmed that Greek-Filipino wrestler Dave Bautista will join the cast of the highly anticipated movie.

Bautista will appear as the henchman, Mr. Hinx, alongside Christoph Waltz, who will star as the traditional villain, Blofeld, in the new Bond movie. Daniel Craig will reprise his role as the famous spy, and Ralph Fiennes, Ben Whishaw, and Naomie Harris will also be returning from the previous film as the rest of the MI6 team. The stunning Bond girls featured in “Spectre” will be played by Monica Bellucci and French actress Lea Seydoux.

The casting decision comes on the heels of Bautista’s very successful big screen appearance in “Guardians of the Galaxy,” a performance that led to Bautista receiving several offers for further film appearances. “Spectre” director Sam Mendes is extremely satisfied with the casting decision and the ensemble he has put together.

Bautista had a long and prominent career as a wrestler from 2000 to 2010, before venturing into the film world. He is very proud of his Greek and Filipino heritage, and has gone as far as tattooing the flags of Greece and the Philippines merged into one on his arm.

Watch a Greek Reporter interview with Dave Batista on his Greek heritage: