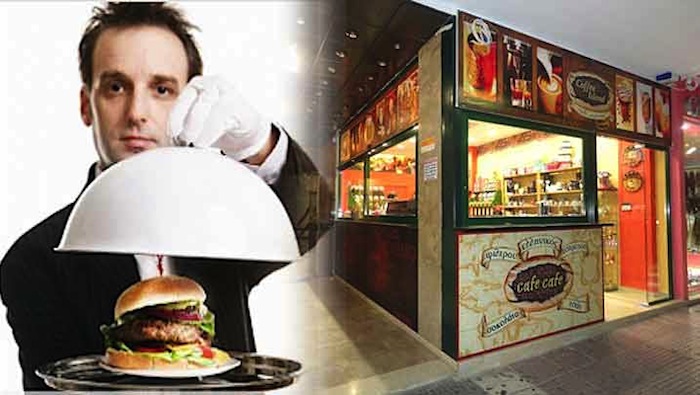 The Greek market is a very difficult place for international food and coffee franchises. Greeks are creatures of habit and it is not that easy to change their routine, the way they eat or enjoy their coffee.
It is not a secret that people in Greece consume large amounts of coffee on a daily basis. But why are companies such as Starbucks or Costa Coffee failing in a country where people would “waste” three hours of their day sitting around in coffee shops? That is exactly the reason. Greeks need a place where they can feel welcome to sit with their friends and talk about their daily lives for hours at a time. However, self-service companies such as Starbucks do not feel so welcoming.
Furthermore, Starbucks and other foreign coffee franchises prohibit smoking, which is another major part of Greek people’s lives. Almost every group of friends in Greece has a smoker in their midst, who usually complains about not being able to smoke, and therefore they choose to visit a coffee shop with a more “smoking-friendly” environment.
In 2014, Starbucks raised its prices in the U.S., however the company was forced to drop its prices in Greece, claiming that the reason behind it was a VAT decrease. The problem with international coffee franchises is that they refuse to adapt to Greek culture, to the way people choose to enjoy their daily beverages, whether that is coffee, tea or something sweeter like a frappuchino.
During the crisis, many Greek food and coffee franchises have started creating a different image, claiming to only use Greek products, thus playing on the people’s pride and love for their country.
One of the first companies to promote its use of Greek products was Goody’s, a fast food, self-service restaurant, that has managed to surpass various international franchises in the Greek market, such as McDonald’s, KFC and Subway. Greeks consider products from their country to have familiar taste while they are also fresher and of better quality, therefore, they prefer to visit restaurants that are known for using such products.
In addition, it is difficult for fast food restaurants to succeed in countries that have their own special kind of cuisine. Greek souvlaki, for example, has been a major part of Greek culture for hundreds of years. Over the course of the last century the “art” of souvlaki-making or pita with gyro has evolved to the point that they now consist of a complete meal since they include vegetables, meat and bread.
As mentioned earlier, Greeks are creatures of habit and unfortunately for international food industry franchises that is not going to change any time soon. Perhaps it is time to adapt.