GRNews
GreekReporter.comGreeceIndependent Greeks Decide not to Vote for President of the Hellenic Republic 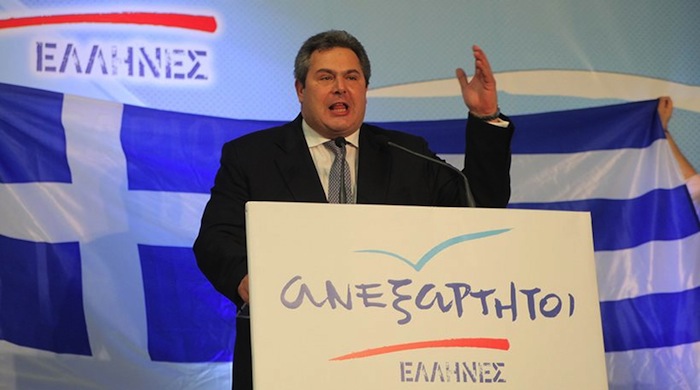 The two-day Independent Greeks (ANEL) opposition party convention ended on Sunday with a unanimous decision not to vote for the new President of the Hellenic Republic in parliament.
Closing the 2nd ANEL party convention, party leader Panos Kammenos said “none of the party MPs will vote for the new President of the Hellenic Republic” and predicted general elections by the end of March, noting that “those who cannot handle it, should get off the ship now.”
He noted that he will defend the “red lines” he has drawn and added that he is in favor of a constitutional revision.
“It is clear that I will do what’s best for the Greek people; see if with another Greek government things will go better or not,” ANEL MP Panagiotis Melas said in response to a relevant question by Athens-Macedonian New Agency after the party’s convention ended.
Earlier, Melas did not vote for his party’s motion “not to vote for a new President of the Hellenic Republic in parliament” but, at the same time, he did not express disagreement with the proposal in question when the convention chairman called on anyone with a different opinion to express it.
(source: ana-mpa)