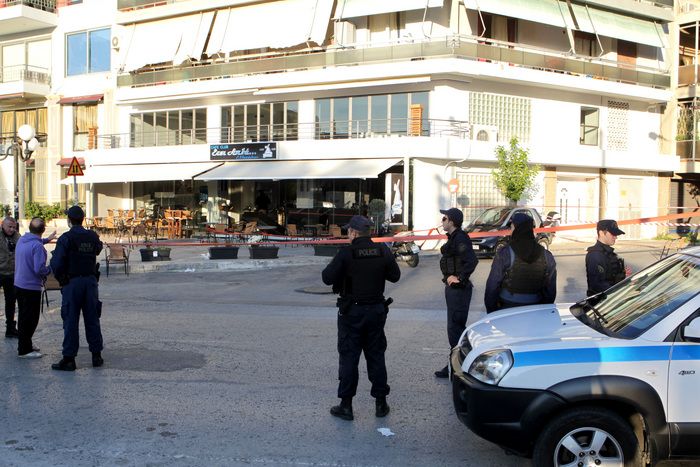 Eleven people were injured Saturday morning when a man stood outside the glass windows of a Piraeus bar and started shooting randomly with a Kalashnikov assault rifle and then fled the scene.
Authorities believe the man is a 50-year-old Albanian who has fired shots at similar establishments in three other cases. Greek police are on a manhunt for the alleged shooter.
It was 4:15 on Saturday morning and the bar on Dilaveri coast in Piraeus was full people when the man stood outside the bar and opened fire at customers and staff with a rifle. Then he walked into the vestibule and continued to fire, according to a witness. Eleven people suffered gun wounds and have been hospitalized. The man fled the scene. 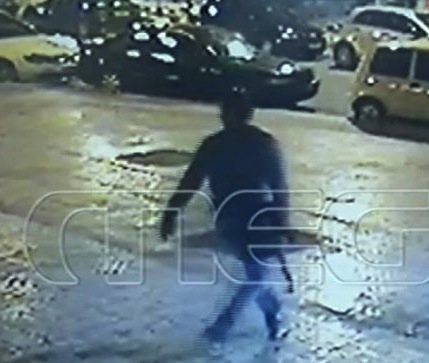 According to witnesses, the man was a foreigner and when he stood outside the bar with the gun, he shouted, “I will kill you all! Today there will be blood!” The man opened fire injuring people and shattering the glass windows amidst screams. After the shooting, the man ran out of the bar. Another witness said who was nearby said that he left with a taxi.
All victims were under 30 years old. Four of them were carried to Evangelismos hospital in Athens, and the other seven to Attikon hospital to receive treatment. According to police reports, four of them have more serious bullet wounds and they will be operated on.
The bar owner said that the man was in the bar earlier and that he left at around 4 a.m. after paying for the three drinks he had.
Police authorities believe that the perpetrator is a 50-year-old Albanian man who had recently opened fire with a Kalashnikov rifle at a night club in Metaxourgeio, Athens, Greece, where a 44-year-old man was killed, a coffee shop in Aghios Panteleimonas, and a similar establishment in downtown Athens prior to his attack in Piraeus.