No Injuries After Head-On Train Collision in Athens 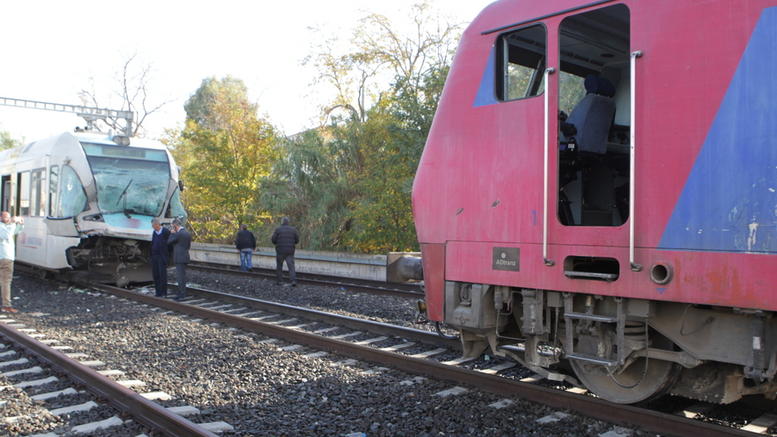 The head-on collision between two trains at Rouf station in Athens on Tuesday resulted in damages to the two trains but no injuries.
It was 8:10 a.m. on Tuesday when the Suburban Railway train number 1539, running the Chalkida-Piraeus route, collided head-on, near Rouf station, with train 884, on the Athens-Kalambaka route.
At the time, the smaller suburban train had twenty passengers on board and due to the low speed of both trains, no one was injured. Those aboard the subway train were transferred to Rouf station and continued their trip by other means of transport.
Train routes between Athens and Piraeus station stopped temporarily as repair crews arrived to remove the damaged train and restore operation. Trains started running regularly again at noon.