Hunger Strike After Death of Immigrant at Greek Detention Camp 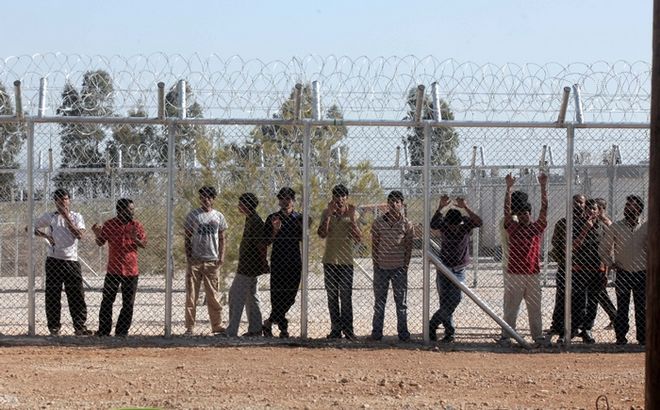 The death of Pakistani illegal immigrant Mohamed Asfak sparked the hunger strike of hundreds of detainees at the Amygdaleza detention center on Monday.
Asfak had been suffering from respiratory problems for months. However, he was not hospitalized until his condition worsened. After protests from his fellow inmates, he was transferred to the hospital where he died on November 6. The cause of his death was not announced by the detention camp authorities. The authorities notified the Pakistani Embassy about the death of the 26-year-old man on November 7.
According to anti-racist activist group KEERFA and the Pakistani Community of Greece, Asfak was beaten violently by police during a protest uprising at the illegal immigrants detention center in Corinth. The Pakistani man had repeatedly asked to be treated for his injuries but he had never received any medical attention.
KEERFA said that the detainees chose to go on hunger strike on November 17 as a symbolic move because the particular date marks the 41st anniversary of the student uprising against the junta.
The Amygdaleza detention center is 10 kilometers away from Athens and it is supposed to hold 1,000 inmates. In October, the number of detainees was 1,600. The facility has repeatedly come under serious criticism both due to the indefinite time of the detention of illegal immigrants, as well as the squalid conditions they are held in.
According to the Greek Justice Ministry, the prison population is 40% over capacity, with 13,000 detainees crammed into facilities that are only designed to accommodate 9,000. Greece is asking for more funds for the European Union to handle the influx of immigrants from war-torn Syria, Afghanistan and Iraq. Athens has also called for a revision of the “Dublin Regulation,” which makes the first EU country crossed by illegal immigrants responsible for their future asylum applications.