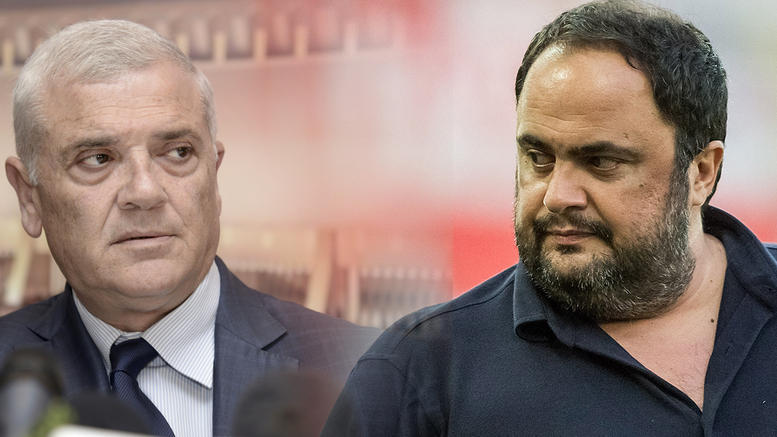 A prosecutor has called the chiefs of two of Greece’s biggest soccer clubs and the head of the Hellenic Football Federation (EPO) to answer questions regarding the violent attack against a referee last week.
The attack that resulted in the serious injury of soccer referee Christoforos Zografos sparked a war of grave accusations between Olympiacos FC president Vangelis Marinakis and AEK FC chairman Dimitris Melissanidis. This has forced prosecutor Constantinos Simitzoglou to call the two men along with EPO chief Giorgos Sarris for questioning.
Zografos, who is also vice president of EPO’s refereeing committee, was attacked by two masked men who hit him with iron bars and was taken to the hospital, suffering a concussion. Previous to the attack, the Greek referee had received threatening phone calls.
After the incident, Marinakis met with several soccer chiefs and accused Melissanidis of ordering the assault. He also said he has evidence to prove his allegations. The AEK chairman denied all accusations and counter-attacked by saying that Marinakis is staging games.
On Sunday, Sarris discussed the issue on state television where he said that the head of the refereeing committee, Scottish ex-referee Hugh Dallas, told him that he had also received threats. Sarris said he did not notify authorities because Dallas did not want to pursue the matter any further.
Meanwhile, all soccer games for the first and second division (super league and football league) have been postponed until EPO finds a solution regarding the appointing of referees for the upcoming games.