Greek PM: The Government will Complete its Four-year Term 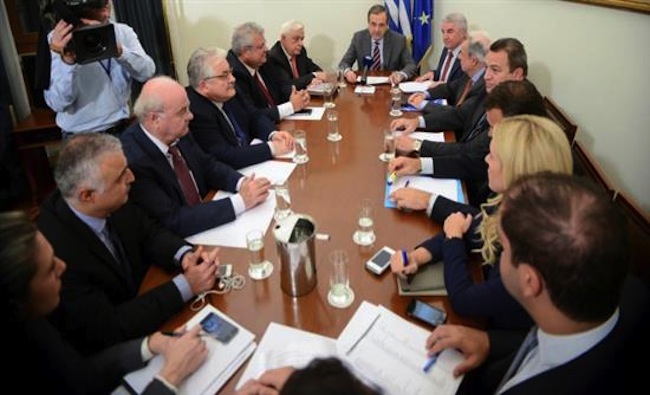 The Greek government will complete its four-year term, Prime Minister Antonis Samaras asserted on Thursday, addressing the New Democracy party committee that is reviewing a proposal to revise the Greek constitution.
The premier said that there is enough time to complete the first phase of the revision by June 2016, then begin the second phase with the next Parliament, as the Constitution provides.
The Constitution’s revision is yet another reason to have a smooth election for president of the Republic, he said, in the beginning of 2015 so that the process is not interrupted and young Greeks are allowed to develop their dreams freely with the help of a modern and innovative Constitution.
By 2017, he said, Greece should have a new Constitution, which will bring great changes to Greece for the better, as it will “acquire new national vision without the fog of instability, tossing about and lack of governing.” He also called on all powers to help elect a new president and to contribute to the constitutional revision so that “everything proceeds faster, more smoothly and more democratically.”
(source: ana-mpa)

AUKUS: US, UK and Australia Announce Pact in Effort to Stop China