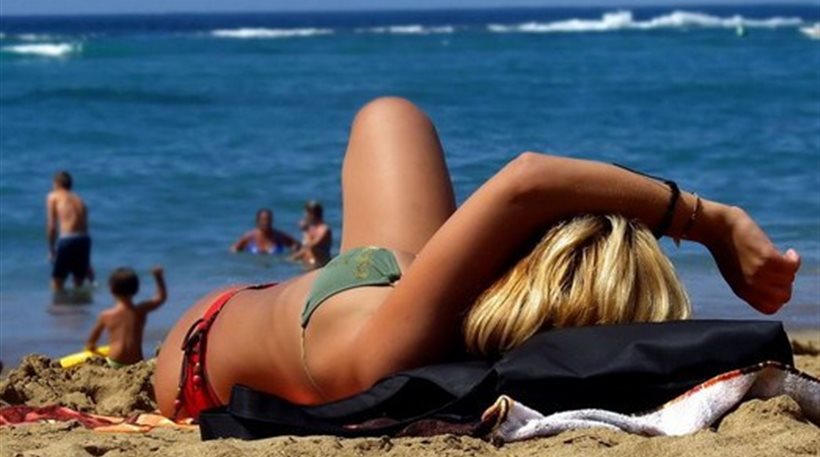 “Tourists in Greece will become extinct, as the country will become too hot — not in the next summer or the summer after, but in a few decades,” Frankfurter Rundschau reports. A group of experts have studied the effects of global warming on tourism in Greece and warn of drastic consequences of climate change.
“Tourism is an important pillar of the Greek economy in the times of crisis, that can pull the country out of recession,” the German newspaper reports. Tourism contributes about one-fifth of economic output and secures two of ten jobs — and rising.
In the traditional high season — the summer months of July to September — it is expected that by the year 2050, Greece will be as hot as the Persian Gulf countries are today.
The classic beach and seaside tourism will therefore shift to months other than July or August, what we call “off-season” months nowadays. At the same time, tourists visiting Greece in the summer will choose air-conditioned environments, rather than open air places, due to the increased heat. This will significantly rise energy costs on the tourism businesses such as hotels, convention organizers and restaurants.
“Classical Greek sun destinations such as Crete and the Dodecanese Islands to Rhodes will be particularly affected by the warming,” the authors of the study predict.
The greatest threat to the Greek beaches will be the rising sea levels due to global warming. Of the approximately 16 thousand kilometers of Greek coastline about 2 thousand 400 km are used for tourist purposes. A sea level rise of one meter by the year 2100 would lead to areas of land being lost. The study recommends the construction of dams and other precautionary measures to avoid such an event, which however, are indeed very costly.