Greek Politician Alleged to have Received 1.6Mln for Military Sale 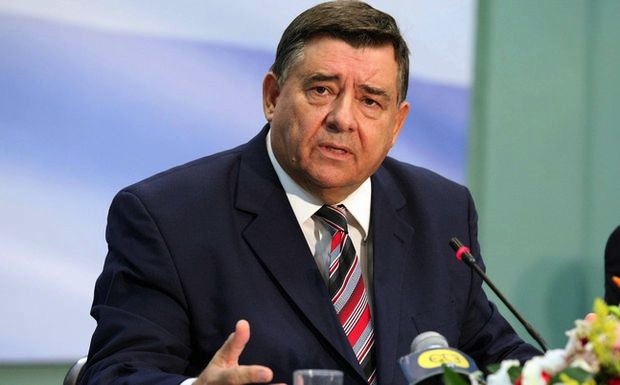 The leader of the Greek right-wing Popular Orthodox Party (LAOS) in a TV interview this morning said he will not resign from the helm of LAOS political party.
Since yesterday, November 10, the name of Karatzaferis has been the center of attention, as he is involved in an investigation connected to the sale of four Super Puma helicopters by the Greek army.
In an announcement he had stated that he will “facilitate the party, by making his personal decisions known.” Today he clarified that this phrase did not mean that he will resign from the party’s leading position, as media have been reporting. Instead he stated that he “does not compromise, does not truckle” and that “the truth will prevail.”
A five and a half million euro payment is allegedly linked to the Super Puma sale by individual companies to the Greek state.
The former New Democracy MP, who participated in a coalition government in 2011-12, did not deny a link to the offshore firms, currently investigated by the prosecutor. The firms KESTREL and MALWERN belonged to entrepreneurs Alexandros Tsatsos and Stavros Komnopoulos and the intermediary of these companies was Karatzaferis.
From the investigation so far, regarding the acquisition of four Super Puma helicopters by Eurocopter company, worth 64 million euros, Karatzaferis allegedly received an illegal intermediary payment of 1.6 million euros. An investigation is expected to focus on Karatzaferis’ source of wealth (pothen esches).