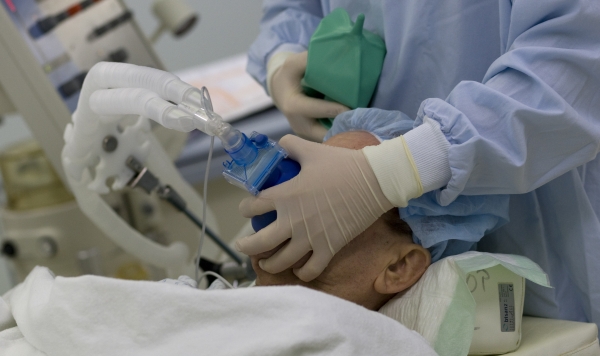 Greece ‘s transplant units in hospitals are facing serious problems due to the lack of staff and medical specialization, with the cases of the two largest transplant units, the Laiko in Athens and the Ippokratio in Thessaloniki, being indicative. As daily “To Vima” reports, there is a significant lack of anesthesiologists at the Thessaloniki hospital, while the Laiko has seen the reconstruction of its kidney transplant unit delayed for over two and a half years. The Laiko’s liver transplant unit, which operated for three years since 2006, has not had its license renewed for technical reasons, as 10 nurses are required. As such, the liver transplant unit in Thessaloniki has borne the brunt of liver transplants.
Furthermore, scientists have stressed that organ donation has declined in the past five years, with the national health care system struggling to maintain interest. The national transplant organization (EOM) recently presented a survey which shows that in Greece there are seven organ donors per one million people, when the European average is 20 or more. Of the 146 reported deaths in Intensive Care Units (ICU) last year, only 62 of the deceased donated organs.
According to the EOM, the doctors do not have the hospital beds to offer the care that is desperately needed, nor do they have the necessary staff to focus on organ donation when a patient dies in an ICU. The lack of ICUs and specialized staff means that far fewer organ donations are made. At present only 540 ICU beds are available in Greece, while a further 154 are unavailable due to staff shortages.