GRNews
GreekReporter.comGreeceDoctors and Nurses Associations: Ebola Is not Treated with Prayers

Doctors and Nurses Associations: Ebola Is not Treated with Prayers 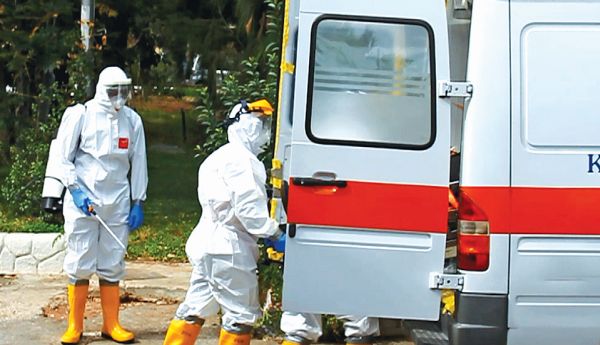 Irritated with the country’s strategy on facing the Ebola virus appear representatives of the doctors and nurses associations from public hospitals in Greece, because, as they pointed out, there are significant gaps in the protection against an Ebola outbreak in the country. “Ebola is not treated with prayers,” they said.

According to the doctors association (EINAP) and the nurses association (POEDIN) the relevant encyclicals published by the Greek Health Ministry remain inactive and essentially on paper. They blamed the Ministry for obtaining an indifferent attitude towards the dangerous virus, revealing that the necessary materials and the relevant personnel training needed for their implementation have not yet been taken. At the same time, they underlined that the two hospitals designated to accommodate patients with epidemic diseases, such as Ebola, “Amalia Fleming” and “Sotiria” (both in Athens) face serious shortages of equipment and personnel.

They also complained that the deficient staffing of the National Health System (ESY) does not allow the creation of special groups focusing solely on Ebola, as such a move would take the weakening of other departments. Furthermore, they blamed the Ministry for leaving the employees in many hospitals and health centers around the country untrained and unprepared for managing a possible Ebola outbreak. The problem is even more evident in smaller cities and villages, outside the major urban centers, and villages where, according to the complaint, even the basic personal protection equipment, such as gloves and masks, are in shortage.

Concluding, they demanded the Ministry’s immediate response before it is too late and the first case of the virus appears in the country.