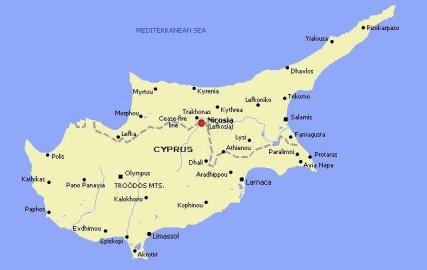 Yesterday, the European Union warned Turkey about the need to respect the sovereignty of member states and their territorial waters. The announcement follows Turkey’s publicized decision to reserve coastal areas immediately south of Cyprus for seismic surveys.
In its recent annual report on countries seeking to join the bloc, Brussels approved of Turkey’s resumption of Cypriot reunification talks under the auspices of the UN Secretary-General.
“However, Turkey issued statements and engaged in actions challenging the Republic of Cyprus’s right to exploit hydrocarbon resources in Cyprus’s Exclusive Economic Zone for the benefit of all Cypriots,” the European Commission said.
The move prompted Cypriot President Nicos Anastasiades to withdraw from Tuesday’s discussions.
“The EU stressed the sovereign rights of EU Member States, which include entering into bilateral agreements, and exploring and exploiting their natural resources in accordance with the EU acquis and international law, including the UN Convention on the Law of the Sea. The EU also stressed the need to respect the sovereignty of Member States over their territorial sea,” the progress report said.
“Turkey’s commitment in concrete terms to such a comprehensive settlement remains crucial,” an EU spokesman added.
The EU report further notes that, despite repeated demands from the European Council and the Commission, Turkey has still not complied with obligations outlined in a declaration of the European Community and its Member States dating to September 21, 2005, nor to other Council agreements, including those of December 2006 and December 2013.
Turkey has not fulfilled its obligation to ensure full and non-discriminatory implementation of the Additional Protocol to the Association Agreement. It has also failed to remove all obstacles hindering the free movement of goods, including restrictions on direct transport links with Cyprus.
“There was no progress on normalising bilateral relations with the Republic of Cyprus,” the report indicated, adding that “Turkey has not lifted its veto of Cyprus’ membership of several international organisations, such as the OECD.”
Of particular concern to the Commission, which helps EU governments determine admission into the bloc, is Turkish President Tayyip Erdogan’s heavy-handed influence over political courts to pursue his personal foes. It is linked to a corruption scandal which has targeted key members of the President’s inner circle.
“The response of the government following allegations of corruption in December 2013 has given rise to serious concerns regarding the independence of the judiciary and separation of powers,” the Commission said.
But Brussels remains hopeful that further talks are possible, advocating for opening discussions on judiciary and fundamental rights in Turkey as a way to force the country to confront its internal troubles.