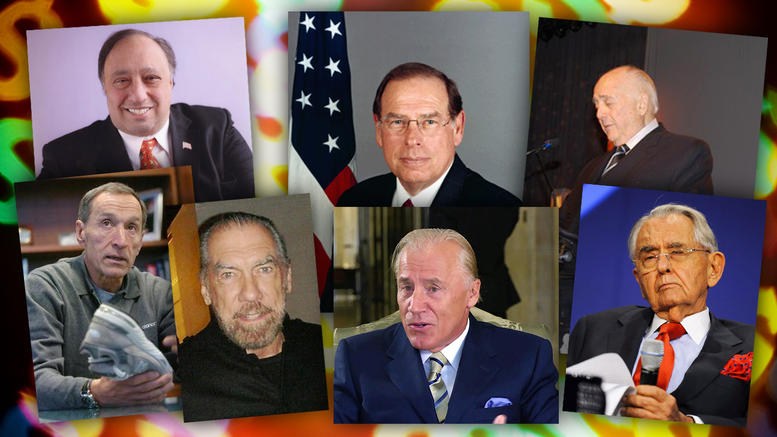 Seven billionaires of Greek origin are among the 400 wealthiest people in the USA, according to Forbes Magazine’s 2014 list.

Candidates for the honor were required to have more than 1.55 billion dollars in real estate holdings. 133 American billionaires were consequently ineligible for the list. The total property value of the 400 billionaires on the list reaches upwards of 2.3 trillion dollars.

Number 167 on the list is Greek-American Jim Davis, whose property is worth an estimated 3.2 billion dollars. Jim Davis is the owner of the New Balance shoe company. His parents had migrated from Greece to the United States in 1943, before he was born.

With his property net worth at an estimated 2.8 billion dollars, Greek-Italian John Paul DeJoria comes in at 219 on the list. Owner of “John Paul Mitchell Systems” hair products, DeJoria is also involved in tequila products. Before he made his fortune, he claims to have lived out of his car.

In position 272 we find John Catsimatidis, whose property is worth approximately 2.3 billion dollars. Catsimatidis was raised in a poor neighborhood in Harlem, N.Y. He is now the owner of a vast supermarket chain in New York and Florida. He also owns 400 gas stations and other real estate companies.

Michael Jaharis sits 284th on the list. His property is worth an estimated 2.2 billion euros. The greatest part of his fortune was made in 2006, when he sold “Kos Pharmaceuticals” for 4.2 billion dollars.

In position 302 we find George Argyros, with projected property holdings of 2.1 billion dollars. Argyros, 76, is the owner of DST Systems. He has also served as the US ambassador to Spain.

Dean Metropoulos also sits at 302. Metropoulos’ family moved to the United States when he was 10-years-old. He studied Management at Babson College in Massachusetts. He is currently the owner of a very successful investment company.

The last Greek to make the list is Peter Peterson, with an estimated real estate value of 1.7 billion dollars. He is a businessman, banker, writer and politician. During the Nixon presidency, he served as Secretary of Commerce. He remains one of the most influential players in American politics.