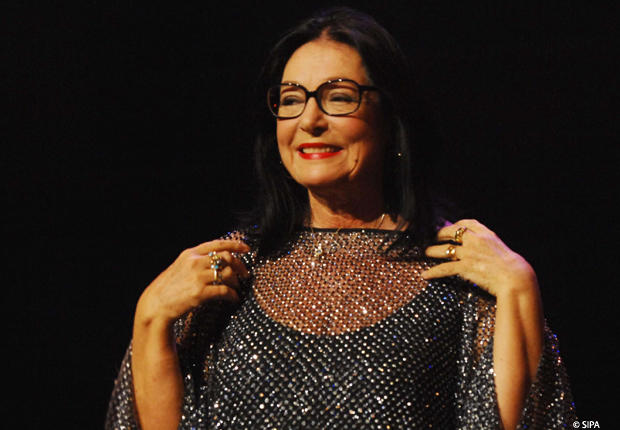 A month before her 80th birthday, Nana Mouskouri, one of the most famous Greek singers worldwide, announced that she would be returning to the stage for a celebratory tour.

Six years ago, the singer had decided to retire from the music business after an international farewell tour. The 2008 tour was very successful and there was a DVD release to confirm it.

Mouskouri, who has sold more than 300 million records across the world, stated that her Happy Birthday tour will also mark the 50th anniversary of her breakthrough as a singer, after she started working with famous US singer and songwriter Harry Belafonte.

“I was trying to find an excuse to come back for a while, so my 80th birthday was my reason,” she said in an interview with BBC Radio 4.

Mouskouri had previously stated that she was serious about retiring in 2008 because she felt “out of touch.” However, after the economic crisis hit Greece and Europe in general, she felt responsible for bringing some hope and peace to her fans through a new tour, in venues across Europe. It will kick off in London on September 25 and will end in France on January 28, 2015.

The first image of a black hole, captured in 2019 by Greek astronomer Dimitrios Psaltis, has revealed more support for Einstein's theory of general relativity.
Crime