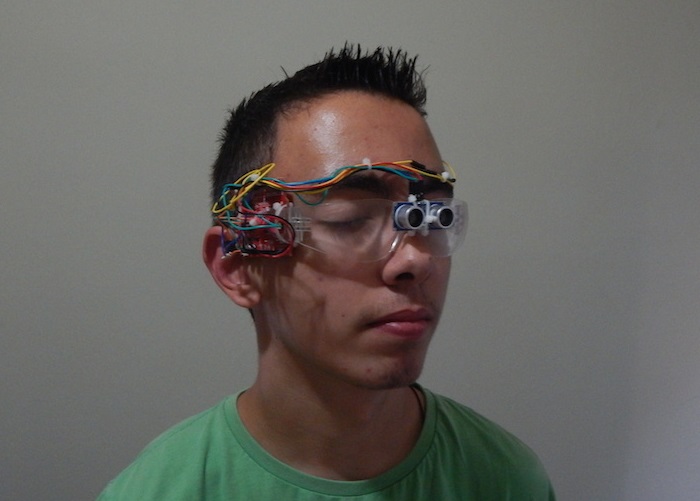 Greek teenager Angelos Getsis won in Google’s Science Fair 2014 for creating a pair of smartglasses that can help blind people navigate the city.

The 17-year-old from the city of Arta, Greece, said that the glasses can replace the cane used by the blind.

Getsis received the first prize in the Greek part of Googles’ competition, while his invention was also voted one of the six best projects presented in Europe and one of the 32 best worldwide.

The smartglasses are still in a prototype stage. They operate with a battery and they have an on/off switch. Getsis wrote up the code using programming software and then transferred it to the glasses. He installed a vibration motor and not a sound system in order not to interfere with the blind person’s hearing. Every time an obstacle is in the user’s way, the glasses vibrate.

The smartglasses are made of a microprocessor, an ultrasonic proximity sensor and another sensor that detects the position of the user’s head so the glasses “understand” what is around.

The Greek teenager hopes that his invention can help people with visual impairment. He realized that with a few adjustments, the sensors used in robots for environmental perception could be also be used in special glasses to help the blind navigate.

Onassis vs. Niarchos: The Battle of the Legendary Greek Tycoons