All three Greek teams participating in the Europa League Playoffs made it to the group stage. Panathinaikos with an away win against Midtjylland, PAOK Thessaloniki with an emphatic home win over Zimbru and Asteras Tripolis with an away loss to Maccabi Tel Aviv, all surpassed their rivals and qualified, chipping points for Greece and money for themselves.
Midtjylland – Panathinaikos 1-2 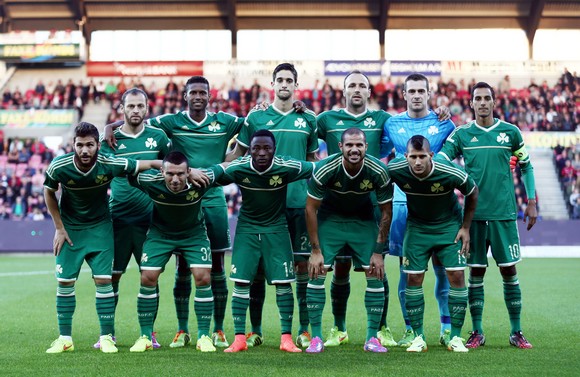 Greek football fans were accustomed to Panathinaikos being the most successful representative in the European cups throughout the 70’s up to the early 00’s. For the the last decade or so, it’s been Olympiacos who has the privilege of holding the scepter. This past week, the Greens brought back some of that glory they had lost, with two dominant wins over the Danish side Midtjylland. The second one yesterday, in the city of Herning in midwest Denmark, with goal scorers Nano and Klonaridis. The Spaniard left-back struck a wonderfully curved free-kick shot that landed straight in the goalkeeper’s nest to add the first (1-0), while Klonaridis rolled through a couple of defenders and with a weak but effective kick regained the lead (2-1) a minute after Sylvester “Sly” Igboun had equalized with a penalty kick. 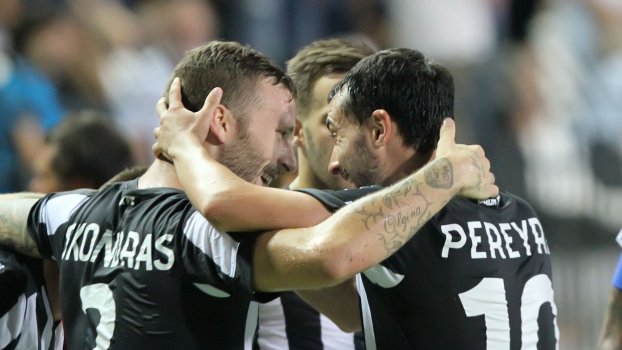 PAOK is not the strongest European team in the continent, but Zimbru is definitely nowhere near the Greek team’s standards. After their loss in Moldavia, dark clouds began to appear around the training camp which would only break with an emphatic win over the weakest team of the tournament. Thankfully for the Northern Greek team, their strikers played up to their abilities and with four different scorers, PAOK qualified. Pereira and Athanasiadis in the first half, Mak and Martens in the second, all scored with beautiful strikes adding smiles on the faces of 18.000 fans who filled up the “Toumpa” field. 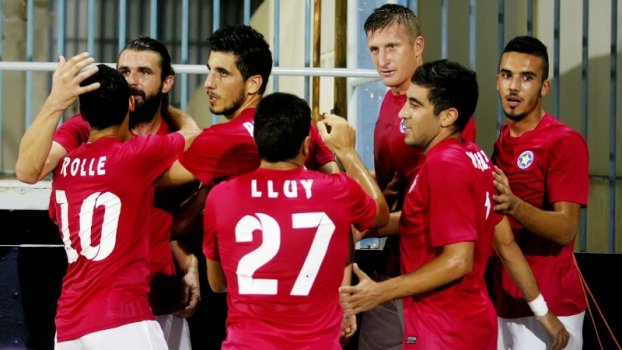 Less than ten years ago, Asteras Tripolis was an unknown team struggling in the lower divisions of the Arcadian league. Today, they are a club grossing more than €10m a year. German Mainz 05, that was eliminated by Asteras in the last round of the Europa League Cup, purchased Pablo De Blasis for €2m after being stunned by his close to perfect performances against them. They will bank in about €4m from television rights, as well as an extra €4m from UEFA’s bonuses after qualifying for their first time in history for the Europa League group stages. In addition to their 2-0 win in Tripoli a week ago, Asteras lead the score in the first 25 minutes of yesterday’s game presuming the rest would be a piece of cake for them. It wasn’t, as Maccabi Tel Aviv came back with three goals from Badash, Zahavi and Prica making the fear of elimination creep in. However the Arcadians kept their cool and grabbed a ticket for today’s draw in Nyon thanks to Dorin Goian’s first half opener.