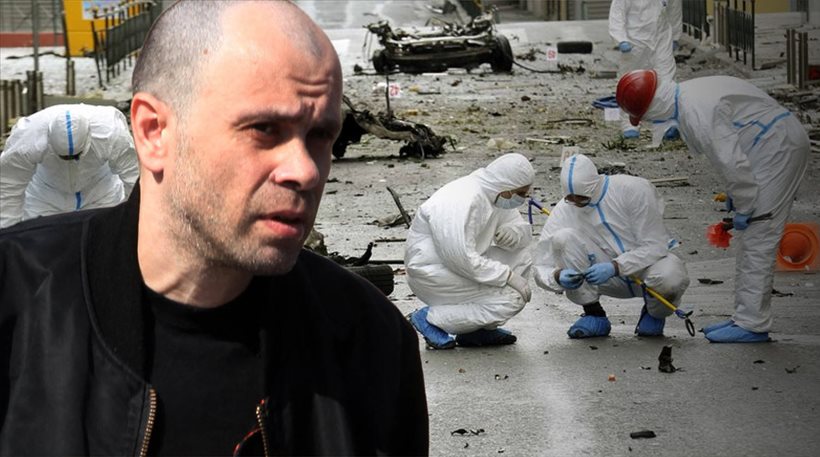 “Continue the struggle,” this is the message that jailed terrorist Nikos Maziotis sends to his life-partner Paula Roupa, from Korydallos, Athens’ largest prison.
Through an exclusive interview in “Efimerida ton Syntakton” daily from his cell, Maziotis states that he assumes “political responsibility” as a member of the Revolutionary Struggle group for the terrorist attack outside the Bank of Greece building in central Athens on April 10, 2014, since in the building there is the office of the “permanent representative of the International Monetary Fund.”
“I am well and my morale is high and I urge you (meaning Roupa) to stay free to raise our son. Despite the losses, the struggle continues,” he adds. “We have decided to become outlaws from the moment we escaped prison and we took this decision so that our son will not see us behind bars.”
Nikos Maziotis apologizes and expresses his sorrow for the victims of the Monastiraki incident, saying that he had no intention to hurt anyone. “They were injured in such a manner that proves they were not the target,” he explains.
“Whoever thinks that he can be a fighter or an anarchist inside the framework of legality, by being a member of a parliamentary party, is wrong. More blood will be shed”.
“The only battle lost is the one not fought,” he adds and says that in the “struggle for freedom and revolution, blood will be shed, people will be killed.”
In his interview in “Efimerida ton Syntakton” he also explains why he wanted to leave Evangelismos hospital so urgently, although he had to be treated for his serious wound.
The Counterterrorist Squad has intensified efforts to locate Paula Roupa after her provocative letter to website indymedia stating that she would not surrender, threatening continue the armed struggle in Greece. Roupa’s message has increased fears that she will proceed with a new attack as her announcement clearly indicates her intention to continue urban guerrilla fighting with the Revolutionary Struggle group.
The police searched Roupa’s apartment on Michail Voda Street but found no traces that could lead to her whereabouts. However, findings show that the terrorist group changes location every six months as a precautionary measure. The organization has also shown an impressive ability to help its fugitives “disappear” without a trace.
Initially, Maziotis’ arrest was expected to lead to the group’s weapons hideout, however, police’s hopes have been dashed as members of the group had already a plan of what to do in case their leader was arrested and the plan was put immediately to action.
On July 16, police had expected that Roupa would use the family’s Hyundai Accent, to hide around the areas of Marathona and Nea Makri in Attica, or Kiato and Akrata, in Peloponnese. The car was never found and it is believed that it is locked up in a garage at an unknown place under a six-month lease and will possibly turn up after the lease runs out. The police believe it is possible that Roupa is still in Athens.