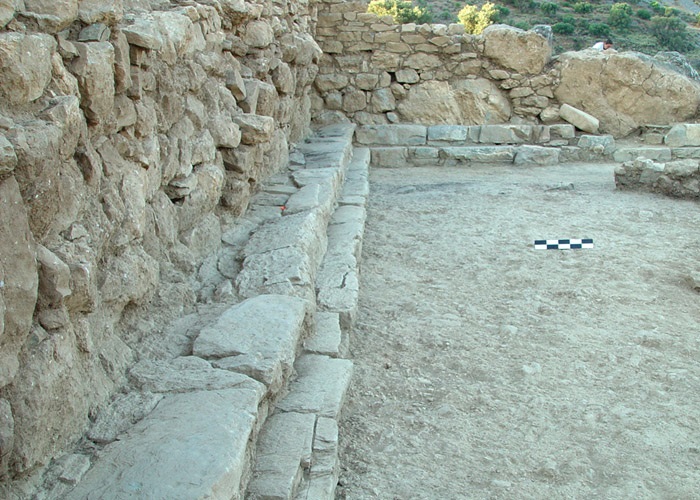 Archaeologists from USA and Greece are working in the area of Kavousi, on the island of Crete, to uncover an ancient Greek city that had been lost for millennia.
Archaeologists and students from North Carolina and across the US, as well as local Cretan workers, are studying the findings of Azoria, a city destroyed by fire about 2,500 years ago.
So far, no graveyards have been found, and depictions of language on pottery at the site are indecipherable. The team is working on gathering historical clues from the remnants of buildings, personal items, implements and food.
The project is spearheaded by Donald Haggis, an archaeology professor at the University of North Carolina-Chapel Hill. Haggis and his team have been working on the project since 2002. Greek officials monitor the excavation as all antiquities found must remain in Greece.
Until now, excavations revealed a building that was likely a place of communal meals called “syssitia.” The building includes dining rooms, kitchens, and storerooms that had remnants of grapes, olives and grains. Among the findings there is a Monumental Civic Building, a large hall with a stepped bench built into the walls and an adjoining two-room shrine including small divinity dolls. It also has an olive press facility.
The site of Azoria was first discovered in 1900 by American archaeologist Harriet Boyd Hawes. However, she had only conducted a trench test, because she was looking for older Minoan ruins.
The Azoria project excavations took place between 2002 and 2006 and there was a hiatus from 2007 until 2012, when conservation work was done. Excavations resumed last year and they are scheduled to continue through 2017, followed by additional years of study.