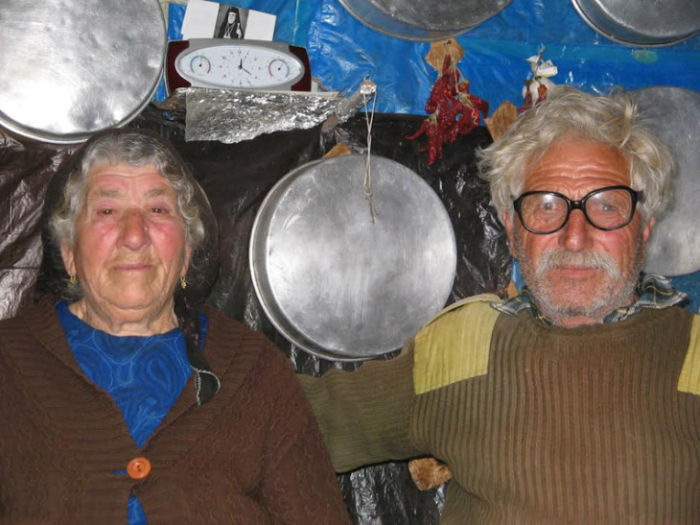 Hassan Moustafa was a Turkish-Cypriot goatherd whose love story inspired a movie called Akamas, directed by Greek-Cypriot Panicos Chrysanthou and presented in Venice Film Festival in 2006. Hassan Moustafa passed away on Thursday, June 24, aged 79.
Hassan met his wife, Greek-Cypriot Hambou Pournoxouzi in the 1950s. She used to live in Droushia, a neighboring village of Akamas where he used to reside. They fell in love and had to overcome convention, society, family and most of all religion related obstacles, since they were the first mixed couple to get married in the Independent Republic of Cyprus.
It was almost impossible for a Christian to marry a Muslim so Hambou had to change her faith and her name in order to become a Muslim. “Many people didn’t like it,” she recalled.
The marriage caused conflict in the divided society of Cyprus and in fact army and police forces were placed on guard to protect citizens from possible violent reactions. At that point, President Archbishop Makarios restored peace stating that “Mohammed won’t become richer and Christ won’t become poorer if Hambou and Hassan are married.”
A few years later, in 1975, more than 600 Turkish-Cypriots were sent north under the terms of a population exchange. Hassan and his wife decided to stay in Androlikou, believing that the Cyprus dispute would soon be resolved.
Unfortunately they were wrong. “We were completely alone. There was nobody to talk to. Relations with Greek-Cypriots from neighbouring villages varied. Some people were nice, some bad,” Hambou said. They were able to survive thanks to their goats and their skills in producing and selling meat and halloumi cheese.
In 2007 Hambou passed away. Her grave was the only one in the village cemetery to be marked by a cross. A few years later, on Thursday, June 24, 2014 her husband, Hassan, passed away as well.