GRNews
GreekReporter.comGreek NewsArchaeology"Parthenon of Thessaloniki" to be Buried Under an Apartment Block

"Parthenon of Thessaloniki" to be Buried Under an Apartment Block 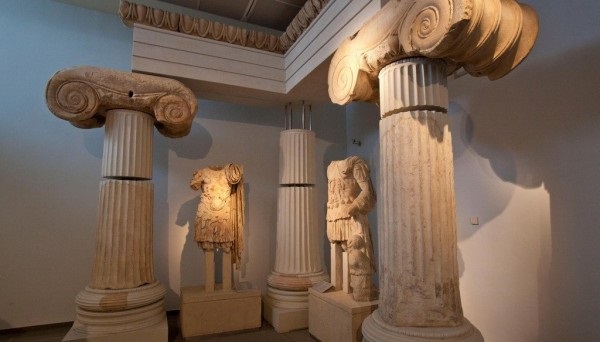 Local residents of Thessaloniki in northern Greece are outraged by a decision to build an apartment block on top of a recently discovered ancient Greek temple in the heart of the city. The temple of goddess Aphrodite, which was brought to Thessaloniki from the city of Aenea in the 6th century B.C., is said to be priceless in value thus the locals named it “Parthenon of Thessaloniki.”
The temple lies in an area now called Dioikitirio (administrative centre). In Roman times the area was known as the Square of the Sacred Ones, as most of the city’s temples were concentrated there.
The ancient Greek temple was brought to light in 2000 after the demolition of a two-storey building. The archaeologists found the eastern part of the temple’s krepis, statues of Greek and Roman times, and numerous fragments of architectural parts.
While most of the temple remains in Dioikitirio, some parts including the columns of the temple, as well as many of the other remains, are currently being exhibited in the Archaeological Museum of Thessaloniki.
According to the school of Architecture of the Aristotle University of Thessaloniki, Antigonidon square can be reformed in two levels, so that the temple would be rebuilt and become visible in its entirety.