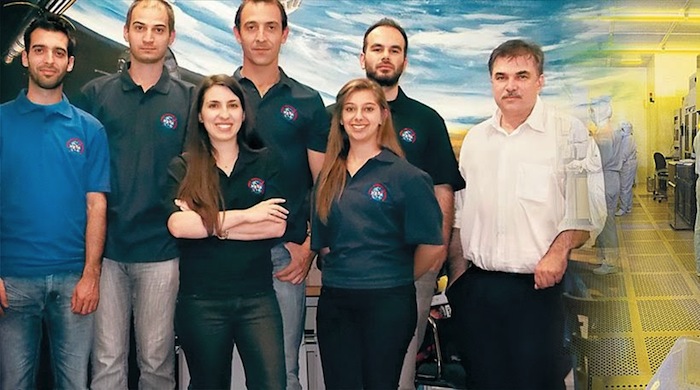 A group of Greek scientists will send Greece to space by building the first Greek satellite which is scheduled to be launched today, a little after midnight (Greek time).

It is a low-cost satellite, particularly small in size, the construction of which not only sets new standards in the field of space technology but also enables Greece to become an innovative force in the field of Aerospace. The name chosen for the satellite,“Λ-Sat,” refers directly to Greece by using the Greek alphabet letter Λ (lamda).

Despite the fact that more than 15 Greek researchers and employees in universities and institutions around the world worked for the construction of the satellite, the man behind the whole project is astrophysicist and Professor of Aerospace Engineering at the San Jose University in Silicon Valley, California, Periklis Papadopoulos. “I named the team that worked on this project “Greek Minds in Action” since only Greek origin scientists worked for the construction of the satellite. Among them is a group of 6 children who came from Greece and stayed in California for about eight months until the project was completed, while our collaboration with the University of Aegean and Professor Nikitas Nikitakos was very valuable,” Mr Papadopoulos said on Proto Thema newspaper.

The Greek scientist aims to put Greece on the world map of Aerospace technology and emphasized that not only cutting-edge technology was used to build the satellite but also all the electronic systems were constructed from scratch, thus gaining an extremely valuable knowledge for Greece.

The construction of the Greek satellite cost about $100,000, while the project was funded by Greek and Greek-American entrepreneurs. Excluding those who helped financially in order to advertise themeselves, the biggest amount of money was given by a Greek expatriate. “He is an expatriate, not a very rich one, who loves Greece deeply. Since he has requested to remain anonymous, I can only say that he comes from Messinia,” Mr Papadopoulos said.

The “Λ-sat» will be in orbit around the Earth for about a year for telecommunication purposes firstly, showing the movement of all Greek merchant ships in real time, particularly those sailing in the Indian Ocean and off the African coast, helping to protect them from piracy through the Automatic Identification System (AIS), and secondly for scientific purposes since the first graphene test will be conducted in space.

You can watch the launch live here