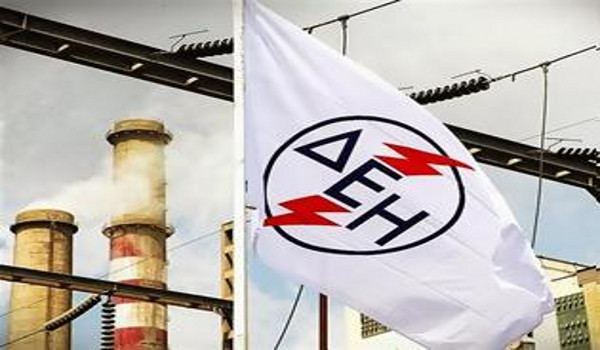 Public Power Company (PPC) union GENOP decided on Sunday to end their rolling strikes at midnight. After the strike was ruled illegal by Greek courts and the government handed out papers for the requisition of their services, PPC workers will return to their posts at midnight.
At around 4:30 pm on Sunday, GENOP issued a statement saying that the 48-hour strike that ends at midnight will not continue claiming also that “their struggle will continue with other forms of protests.” Unionists called workers to return to their posts to avoid the possibility of termination, as the government has threatened to do.
GENOP argued that the government ordered their citizen mobilization because they opposed to their plans and called on the General Confederation of Employees of Greece (GSEE) and other unions “to take joint initiatives aimed at preventing the government’s political choices and decisions.”
Earlier on Sunday, it was announced that GENOP’s strike was scheduled to end at midnight when the vast majority of the individual requisition documents will have been handed by the authorities to PPC employees, following the decision of the government early on Saturday for their political mobilization and the requisition of their services.
GENOP has called its workers to rally on Wednesday, the same day that ADEDY will rally along with a 24-hour strike of public sector employees who will demonstrate against job terminations and salary cuts.
SYRIZA MEP Giorgos Katrougalos called the government decision to propose requisition of services of PPC workers as “an unpopular and completely unconstitutional measure,” adding that “We must obey only the laws and the Constitution. Society has a right to resist which our Constitution recognizes.”
However, due to the strong wind and rather cool temperatures prevailing today in most parts of the country, no power cuts are expected today, with a small possibility of small-scale blackouts during the evening hours.