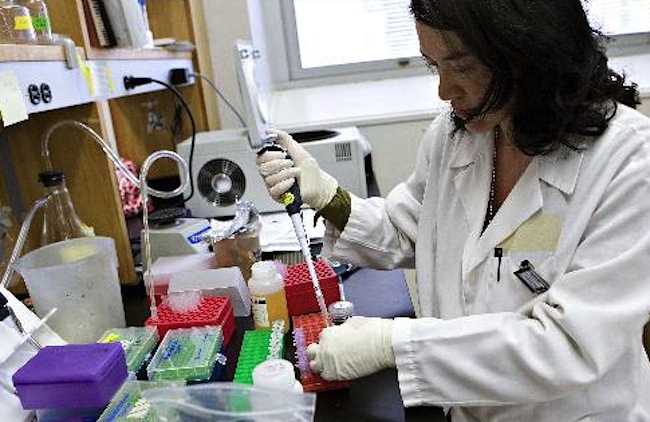 Scientists from the Aaron Diamond AIDS Research Center (ADARC) at Rockefeller University in New York, led by Greek associate professor Theodora Hatziioannou, have opened new roads for the research and treatment of AIDS. They succeeded for the first time ever to infect monkeys with the virus.

This marks the first time that scientist have been able to infect a non-primate species (human or chimpanzee) with the AIDS virus. This can significantly speed up esearch for a vaccine and anti-viral drug therapies for the fatal disease.

At present, HIV infects only humans and rarely chimpanzees who are used for experiments. For the purposes of this study, scientists often resorted to using the SIV virus (alone or combined with HIV), which resembles HIV and easily infects chimpanzees and monkeys, but is useless to humans.

Now, for the first time, after years of effort, the Greek researcher and her colleagues who published their study in the leading scientific journal “Science,” developed a new model of macaque (a type of small monkey) who can be infected with an HIV virus that is almost identical to the one that affects humans.

Theodora Hatziioannou studied at the University of Bristol in Britain and did a postgraduate degree at Imperial College of London. She got her PhD in 1999 from the University Claude Bernard in Lyon-France and did postdoctoral research in Columbia and Rockefeller University (Aaron Diamond Research Center for AIDS). She continued to work at the latter since 2006 as an assistant professor and in 2012 she was promoted to associate professor.