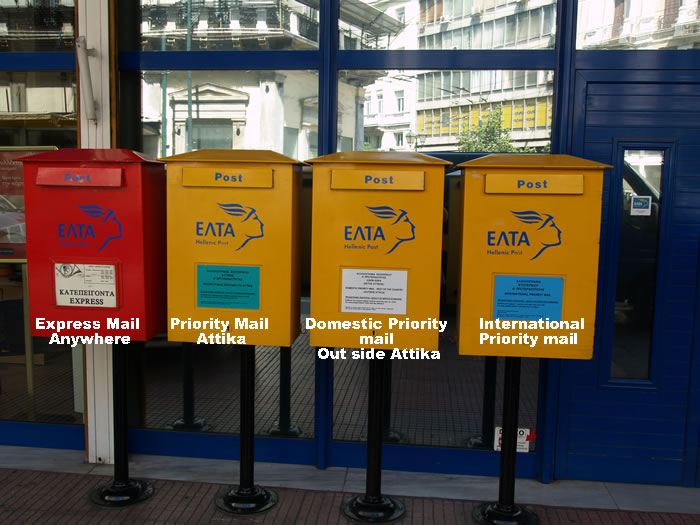 A privatization push to unload state enterprises under pressure from international lenders now has Greece’s postal system, Hellenic Post (ELTA) on the block, with prospective buyers looking for a takeover despite another delay.
The Troika of the European Union-International Monetary Fund-European Central Bank (EU-IMF-ECB) wants Prime Minister Antonis Samaras to speed the pace of selling off state companies and properties but it still continues to lag.
The privatization authority TAIPED, four years after it was supposed to have sold 50 billion euros in state enterprises, has gotten rid of less than 10 percent and still hasn’t put together a plan to sell the state mail service, awaiting guidelines from its consultants while ELTA’s management is trying to cut its operational costs.
CVC Capital Partners, which mostly manages capital from the US, is interested in a controlling stake in ELTA, having already bought into the postal companies of Denmark and Belgium, the newspaper Kathimerini said, citing unnamed sources.
The Belgian postal company (De Post/La Poste) has also expressed an interest in ELTA during talks with Greek authorities. Other suitors may be the Dutch mail company TNT Post and France’s La Poste.
Government officials said Athens’s target is to find a European strategic investor, as is the case with most Greek companies that are up for privatization, but it has been difficult to get interest in many enterprises that are bleeding money and bloated with deadwood patronage hires.
Unlike in the United States and some other countries, Greek postal office workers and delivery persons don’t wear uniforms and most post offices close at 2 p.m. and aren’t open on Saturdays. The system has received complaints that delivery people don’t always put the mail in mailboxes but toss it in hallways and yards of apartments.