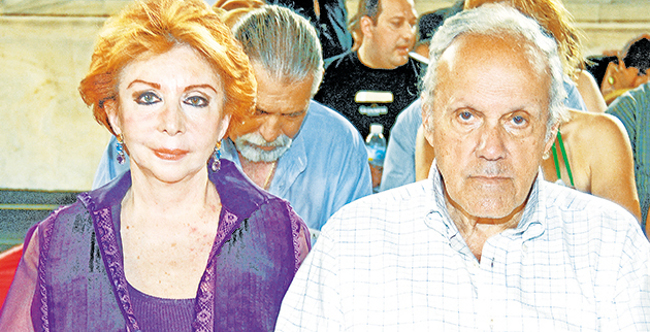 After seventeen years of legal battles, famous Greek shipowner Panagiotis Laimos is facing a sentence of 15 years in prison for the “Albion 2” shipwreck. Seventeen years ago, the tragic event led to the death of 25 people. Now, the 84-year-old shipowner has been found unanimously guilty by the Piraeus Three-Member Felony Court of Appeals for disruption of water transport safety.
The Court decided that the appeal may be suspended and now the shipowner will have to post a 20,000 euro bail within two months.
“On April 2003 Laimos was brought before the Three-Member Court of Athens with charges of culpable homicide. However, the complainant, the wife of the Chief Mate, who died on “Albion 2,” withdrew the charges and the criminal proceedings ceased.
The case would sink into oblivion, just like the ship did, but five years later Ombudsman Giorgos Trandalidis came back with charges on another crime — disruption of water transport safety, which is a felony crime.
Giorgos Trandalidis highlighted that the victims’ families have received no compensation so far, although various sums have been won in several trials that took place in the meantime. The previous “Albion 2” captain, who was saved after denying to board the ship due to illness, gave a statement in the trial held on Tuesday, June 10. As he stated, the repairs made on the ship before it sailed on its last trip were incomplete and there was a big chance that the crew would be in danger. He also accused the 84-year old-shipowner for fraud and dishonesty, since he gave the green light despite the fact that he was aware of the ship’s bad condition.
The Albion 2 sunk west of Brest, France with a total loss of crew. The Laimos case has been ongoing since 1997, but nearly two decades has passed before the victims’ families received relief.