Mount Athos Through the Eyes of Two Muslims 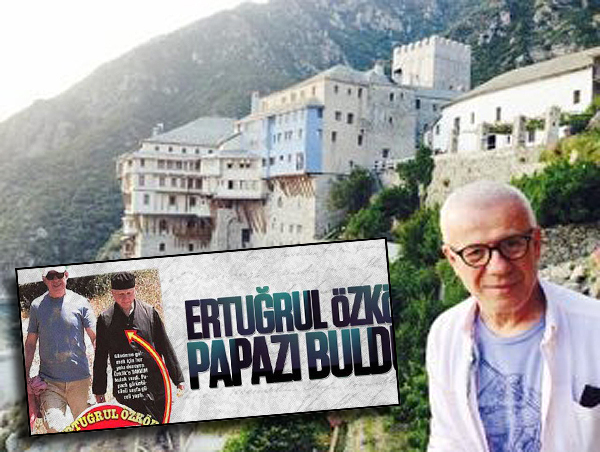 Two Muslims from Turkey,  journalist Ertuğrul Özkök and architect Ali Esad Göksel, decided to visit the Holy Mountain or Mount Athos in Northern Greece, called Agio Oros. Ertuğrul Özkök and Ali Esad Göksel describe their experience in detail revealing information about the everyday life of Mount Athos.  What made their visit unique was their nationality and religion.
The Ecumenical Patriarch, Bartholomew, granted them permission to enter the “Garden of the Virgin Mary” and to spend three days in its monasteries.  When they returned to Turkey, they wrote an article which was published in the Turkish newspaper, Hurriyet, describing their stay.
According to the article, it had been a dream for both of them to visit Mount Athos.  They were well aware that they would be isolated there for three days and that they would experience the ascetic life of the monks.
They were impressed from the very beginning of their journey as they were approaching Agio Oros by boat and admired the picturesque landscape.
They were warmly welcomed by the monks, who offered them a glass of raki and a meal.  Their first meal included potatoes with eggs, olives, bread, tomato salad and orange for dessert.  At half past six in the evening, everyone returned to their chambers and went to sleep.  “Life in the monastery ends early in the evening but starts very early in the morning. We had to wake up at 3 a.m. every morning,” reported the journalist.