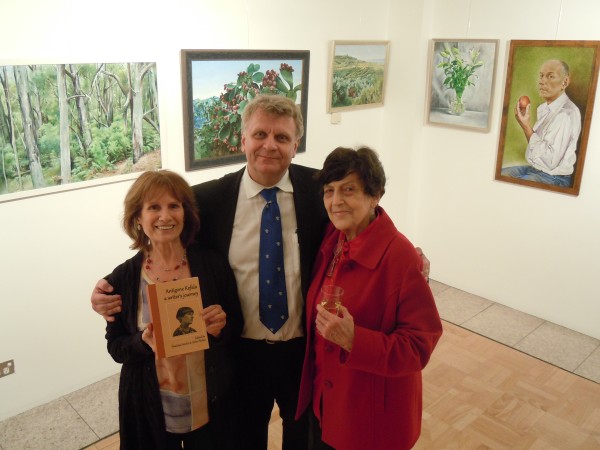 A new book titled “Antigone Kefala: A Writer’s Journey” was launched in Melbourne on May 27 by the Australian poet Judith Rodriguez.

The book is an anthology of reviews, essays, analytical and critical writing of Antigone Kefala’s literary works as well as an illuminating autobiographical piece.

Published by Owl Publishing and edited by Professor of Greek Studies at the University of Sydney, Vrasidas Karalis and Helen Nickas the book describes the journey of the Greek Australian poet and prose writer and her life and works, after her arrival as a migrant to Australia in 1960.

Publisher Helen Nickas spoke of her time working with Antigone, from the early years right to the publication of this work. Professor Vrasidas Karalis discussed the impact her writing has had on the world of Australian literature and distinguished Australian poet Judith Rodriguez officially launched the book with a tale of the early years of migrant poetry.

The launch was attended by many fellow-writers, academics and members of the cultural community of Melbourne.