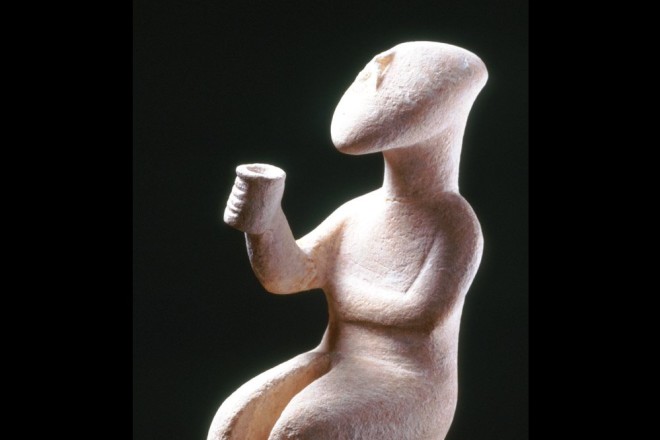 Two pieces of ancient Cycladic art, the figurine of a woman with a height of 88cm and a copper utensil which resembles a frying pan were returned to Greece by the German State Museum Baden in Karlsruhe, which illegally had them in possession. After intense pressure from Greece and the museum director’s negative response, the two artifacts will return to their country of origin and will be displayed at the Greek National Archaeological Museum.

The stolen Greek antiquities were found by Sir Colin Renfrew professor at the University of Cambridge who discovered that certain objects from the Museum of Karlsruhe were acquired after 1975. That means after the Treaty of UNESCO in 1970, according to which stated that the trafficking of antiquities of unknown origin was illegal.

After this discovery, the Greek Culture Ministry submitted an official request for the return of the two antiquities, which was initially rejected. The Director of Baden Museum, Harald Siebenmorgen, did not hesitate to blame the Greek Ministry of Culture for blackmail and said that Greece did not have a legal claim on the artifacts. His efforts, however, were unsuccessful and the German museum returned the two antiquities, today, Friday, June 6.