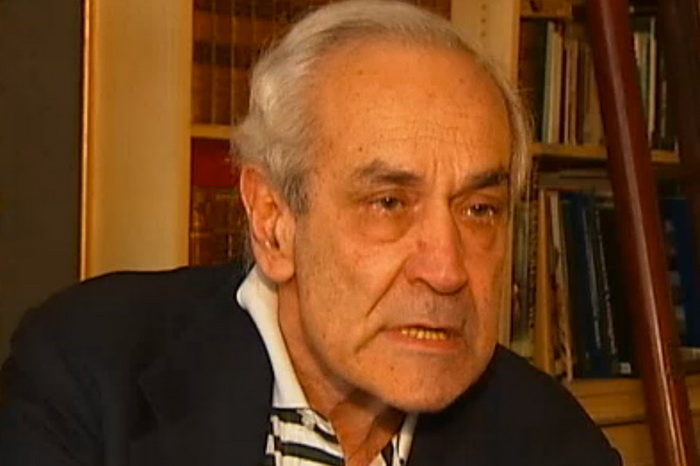 A recent interview by the U.K. Channel 4 News sheds light on the unknown Greek millionaire who has been one of the largest cash donors to the British radical right eurosceptic U.K. Independence Party (Ukip), which in the recent European Parliament elections polled first in the U.K., leaving Prime Minister’s David Cameron Conservative Party third.

“Women should be banned from wearing trousers, because skirts are the only way they will excite men,” Marchessini, born in Athens but raised in New York and London, said to Channel 4 News, and added, upon being asked why women should dress to excite men, “Because that is the only way the world is going to continue. Because if they don’t, men are going to stop f***ing them.”

He also said that it is not possible for a husband to rape his wife, mentioning “If you make love on Friday and you make love on Sunday, you can’t say Saturday is rape. Once a woman accepts, she accepts. And especially when she makes a vow on her wedding day.”

Concerning homosexuals and the nature of their relationships, the elderly businessman replied, “Oh completely different, there’s no love, only lust – and also the actions they do are completely different. They go out at night and they pick up, five, ten, fifteen different partners in one night. Is that love?”

When, however, Channel 4 News journalist suggested that many homosexuals are in stable relationships, Marchessini went on, “But it’s not husband and wife, they’re roommates and both of them go out cruising. There is no such thing as fidelity in homosexual relationships. They just all go out looking for action. That’s the way it is.”

In the meantime, Ukip has distanced itself from the businessman once his controversial views were revealed in the U.K. press in 2013. Last May, a party spokesperson told BBC, “We neither share nor condone these views. He can donate to whoever he wishes to donate to. Those donations do not come with strings attached.”

When questioned over the donations, Ukip party leader and MEP Nigel Farage said, “I don’t know, you’ll have to ask the treasurer, won’t you? I’m sure he gave the money in good faith, the money was taken in good faith.”