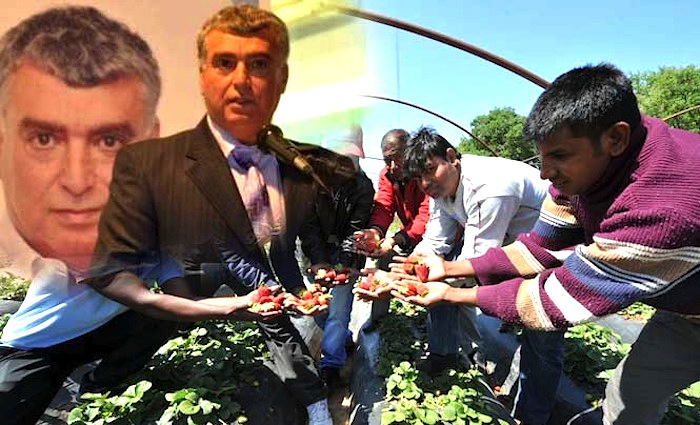 A migrant from Syria is to be the new mayor in the municipality of Andravida-Kyllini in Ilia, southwestern Greece, which also includes the area of Manolada where an attack on immigrants working in strawberry fields took place a year ago.
Nabil-Iosif Morad managed to secure 52.23 percent of the votes during the second election round on Sunday, winning by 4.5 percent, or around 500 votes.
Morad’s political career didn’t begin in the 2014 elections, as the Syrian had been elected municipal councilor for three terms, over 10 years. Morad is a physician, married to a Greek physician and for the past 25 years has been residing in the area of Lechaina, near Manolada. The couple has one daughter and two grandchildren.
The election of a migrant in this region is of particular importance due to the incident surrounding the wounding of several immigrants last year in a strawberry field. When around 200 immigrants from Bangladesh demanded a six-month back pay, the supervisors, acting as owner Nikos Vangelatos’ representatives, opened fire against the gathered workers, thus sending 29 to hospital, some in critical condition.
The incident, which was borne from a sense of impunity for violence against immigrants, was said to be backed by members adjacent to Greece’s neo-Nazi Golden Dawn party, but the party denied any involvement.