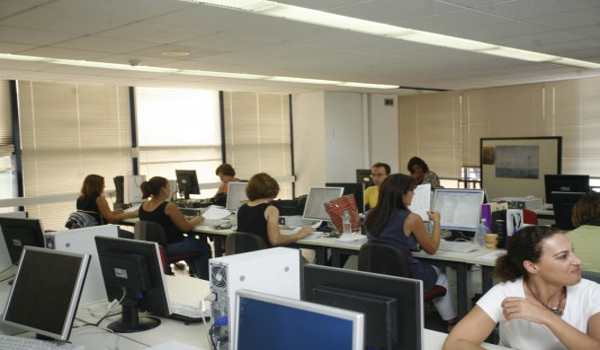 With the Troika due to return to Greece immediately after the European elections, the Ministry of Administrative Reform in Athens is trying to catch up with the 11,000 public sector dismissals slated for 2014, lest bailout funds be withheld.
Hundreds of contracts expire within months, but thousands more can expect dismissal this year. Accordingly, all civil servants not contracted directly by ASEP, Greece’s ultimate arbiter on hiring public sector personnel, will be under review.
45,000 public workers with contracts of indefinite duration are most likely to be first in the crosshairs. First of those in line are the 32,000 whose contracts were extended to indefinite duration by the so-called Pavlopoulos decree, and those whose with false qualifications. The state payroll will also be reduced by abolitions or mergers of various state agencies.
To speed up the validation of state employees’ qualifications, Administrative Reform Minister Kyriakos Mitsotakis has already met with the directors of 14 companies and organizations including the aviation industry, drug squad (OKANA) and the Hellenic Railways Organization.
State auditors and Mitsotakis’ mandarins will assess the credentials of all public workers in a mandatory system, results of which will be monitored electronically.