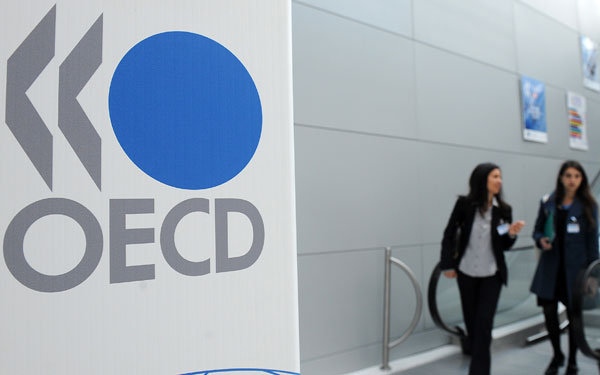 The Greek economy has begun to recover due to increased tourism and improved confidence, according to the bi-annual Economic Outlook report of the OECD.
The economic growth rate will gradually become positive during 2014, says the report, and it is expected to rise even faster next year, as increasing exports and improved competitiveness boost Greek exports and investments.
Overall, in 2014, the OECD predicts an annual growth rate of -0.3% in Greece and 1.9% growth for 2015, in contrast to the -3.9% shrinkage of 2013.
Regarding unemployment, the OECD predicts a slow decline to 27.1% this year and 26.7% in 2015, down from 27.3% in 2013. The significant excess production capacity will lead to a continued reduction in prices and wages, although the report notes that the rate of decline will be limited.
Furthermore, OECD predicts that inflation will show a decline of 1.1% this year and 1% next year, while the current account deficit is projected to remain in surplus (0.2% of GDP this year and 0.8% of GDP in 2015).
The report stressed that Greece achieved a primary fiscal surplus in 2013, doing better than expected. However, further fiscal adjustment is needed in order to reduce the high level of the Greek debt.
“Part of this deceleration is benign, reflecting cyclical slowdowns from overheated starting positions,” said OECD Chief Economist Rintaro Tamaki. “However, managing the credit slowdown and the risks that built up during the period of easy global monetary conditions could be a major challenge.”