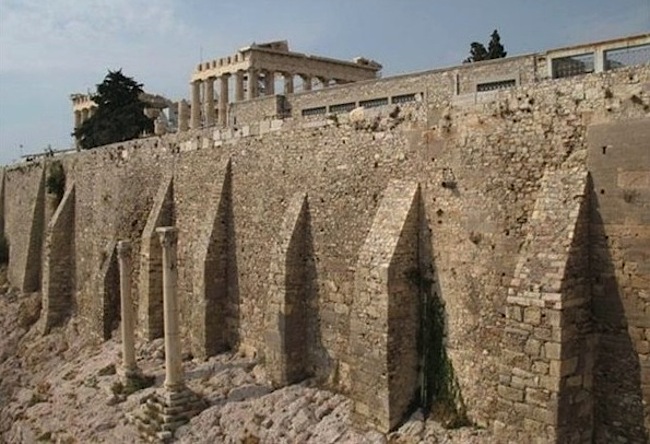 For the past few years the walls and the foundations of the Acropolis have been collapsing due to heavy rainwater flow.
Archaeologists have been aware of the erosion caused to the subsoil of the Acropolis by the rainwater and have already submitted a study to bring the problem to the attention of the Central Archaeological Council of Greece (KAS). Furthermore, once the walls started to collapse the authorities prevented the visitors from ascending to the Acropolis from the theater of Dionysus and the Asclepeion.
The erosion problem derived from the fact that the major monument of Greece doesn’t have an up-to-date drainage system to absorb rainwater. Five out of the six ancient gutters have been blocked for many years now and the drainage system of Acropolis hasn’t been connected that of the city.
The secretary-general of the Ministry of Culture, Lina Mendoni, acknowledging the major impact of this destruction on the image of Greece, has mobilized both the Acropolis Restoration Scientific Committee and the Committee for the Preservation of the Acropolis Monuments to launch a program addressing the collapsing of the Acropolis’ walls. At the same time, the archaeological authorities have launched restoration programs for the already collapsed stones, stressed the KAS.