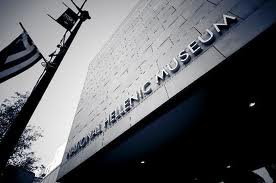 The National Hellenic Museum in Chicago has opened a new exhibition entitled Threads of Tradition, featuring a wide variety of traditional Greek clothing.

The exhibition, which will run until mid-May, includes 18 traditional life-sized costumes from the collection of the National Hellenic Museum and 100 miniature replicas.

Museum president Connie Mourtoupalas said the exhibition highlights its contribution to Greek life in the U.S., and stressed that Greece has the largest variety of traditional dress in Europe, because its geography meant two adjacent communities could go  centuries without any direct contact and therefore couldn’t influence one another.

An outfit that was difficult for experts of the museum to identify was eventually found to be from Arcadia, origin of most Chicago Greeks, and more specifically from a village called Nestani. This particular outfit – a long blue skirt and a white plaid ruffled jacket –resembles the fashions of the 1970s.

In addition, the exhibition demonstrates the influence exerted by the traditional costumes on contemporary fashion designers, and includes seven pieces of clothing from a Greek fashion house “Nikos-Takis” that incorporate traditional motifs.

The museum, recently visited by Deputy Foreign Minister Kyriakos Gerontopoulos, is located in Chicago’s Greek Town and, captures and highlights the presence of Greeks throughout the U.S.

Mourtoupalas said the idea for the museum came in 1983 but took until 2011 to realize, when it acquired a hi-tech space for exhibitions, educational programs, libraries and archives.