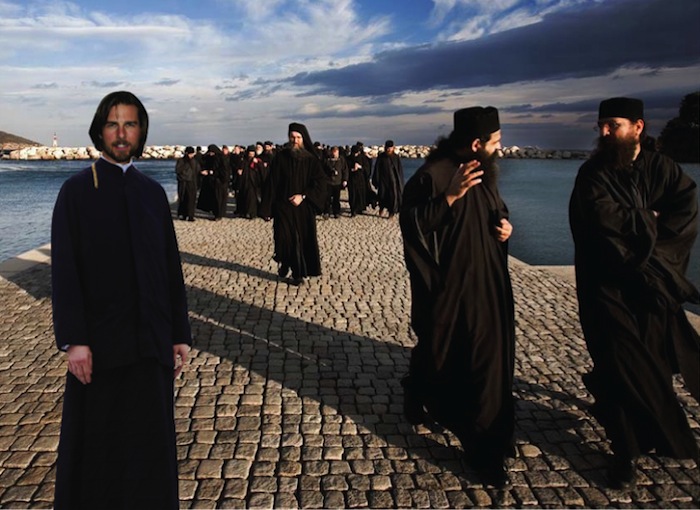 It looks like Tom Cruise is taking a break from Scientology and is looking for spiritual answers on Mount Athos. The Hollywood actor’s visit had been a well-kept secret among monks until a couple of tourists who were also visiting the monastery recognized the superstar wearing the traditional Greek monk’s attire while attending the liturgy last Sunday at the Vatopaidion Monasteri.

Cruise is on a private visit to Greece, according to his representative, who did not comment on the actor’s visit to the Monasteri nor discussed if he has left Scientology.

“Mr. Cruise is on a private trip to Greece and we are not aware of where he is staying or what his program is like. It is a private visit and he would like to keep it that way,” said his representative.

However, after the pictures surfaced online the local community is aware of the star’s presence.  On Mount Athos, his daily schedule is very different than in Hollywood.

“He wakes up very early in the morning and has adapted well to monastic life. We’ve seen him praying, going to the gardens to help collect olives, and also help in the kitchen,” said George Dakis, another visitor to the Monastery.

While on Mount Athos, visitors have to follow the schedule of the monks and often help them with daily life tasks. 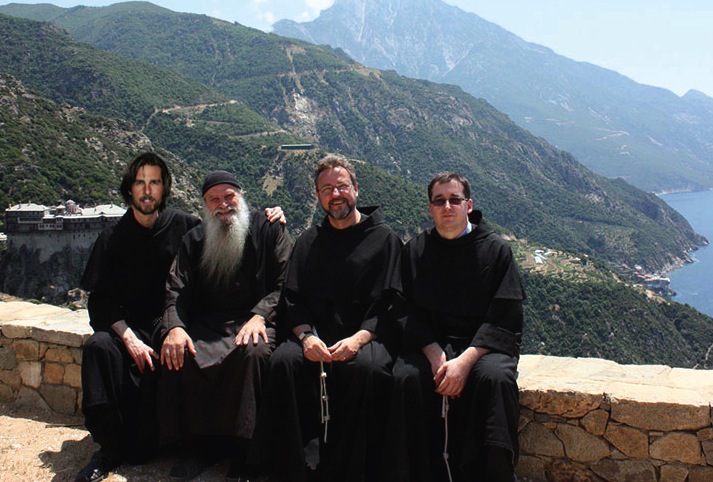 “Mr. Cruise is a very nice human being and we have welcomed him on Mount Athos”, said brother Gerasimos, a monk at the Vatopaidi monastey.

“He is very helpful in our day to day life and a great company . He works in the fields, and he also enjoys going fishing with the rest of the monks. On Sundays he always comes to church and chants; he has a beautiful voice and we hope to offer him what his soul needs”, said the Greek monk.

It is unknown if Cruise is seriously thinking of leaving the world behind in order to become a monk, “but if he did, he could be a good one,” according to brother Gerasimos.

“I believe he intends to stay here until he cleans his soul. There is not a specific time frame for that since only God knows”

Other locals who met Cruise said the actor is very spiritual and well read.

“He seems to like the simple but joyful life here on Mount Athos, and yes, I believe he could be an excellent Greek-Orthodox monk, although right now he is in a testing period,” concluded Gerasimos.

Mount Athos is a mountain and peninsula in Greece which is considered a World Heritage Site. Athos is home to 20 stavropegial Eastern Orthodox monasteries. Today Greeks commonly refer to Mount Athos as the “Holy Mountain.” The number of daily visitors to Mount Athos is restricted, and all are required to obtain a special entrance permit valid for a limited period. Only males are permitted to visit the territory, which is called “Garden of the Virgin” by the monks.

Happy April 1st to all!!! This story was one of our April Fools’s Day Hoaxes!!! Hope you enjoyed it! Read our other prank here!