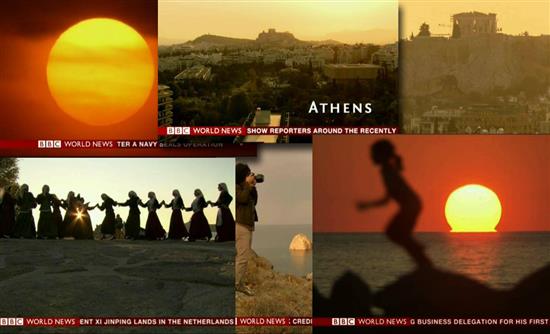 The British network BBC World presented a documentary with unique landscapes from the beautiful island of Lesvos, in the northeastern Aegean Sea, Greece and photos of Athens and Acropolis. The documentary entitled “Divine Women” that was edited by the archaeologist Bettany Hughes made special mention of the poetess of ancient Greece, Sappho and the Greek goddesses of Olympus, Aphrodite and Athena.

It is estimated that Sappho was born between 630 and 612 BC, and died around 570 BC. Although the vast majority of her work is lost, her immense reputation has endured the test of time thanks to her beautiful, lyric poems.

The Sapphic poetry focused on love and passion for both sexes.  However, the main target of her affections were women. Her poems often speak of infatuations and love  for various women, but descriptions of physical acts between women are few and questionable. The homoerotic content of Sappho’s poetry was not condemned in ancient Greece, although her poems were banned in schools in later centuries. Sappho is an important and influential literary figure. Her works are still being studied, while contemporary poets and artists continue to be inspired by her.