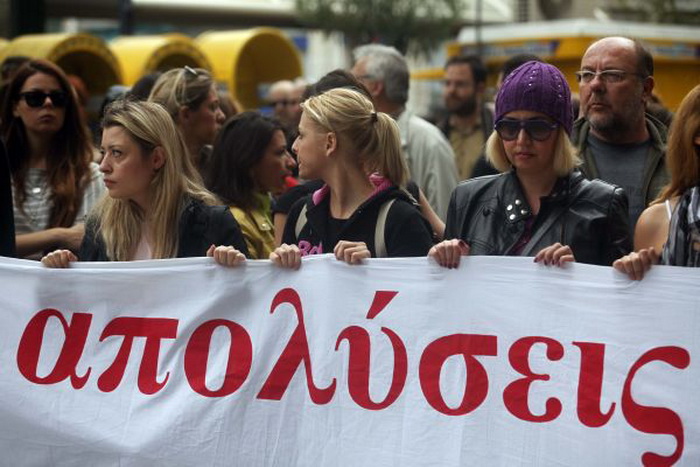 Saturday is the last day of the eight-month period allotted for teachers to reapply for a reduced number of positions at Greek technical schools.
Last summer, job cuts were scheduled at vocational and technical schools across Greece and staff were asked to reapply for their old jobs, or another position. As of Monday, March 23, around 400 of the total 1,845 teachers who didn’t apply for other positions, and who have not been offered other posts, will be fired. Thus ending the public-sector job security enshrined in the Greek Constitution 103 years ago.
Dismissal of public-sector employees was forbidden in Greece in 1911 after a new constitution was adopted by the government of PM Eleftherios Venizelos, which declared that all public sector employees should enjoy job security due to the nature of their profession in aiding the proper functioning of the state. Beforehand, civil servants were used as pawns by politicians and were hired and fired with the shifting tides of the Greek party political landscape.
Among those being laid off next week is the head of Greece’s biggest teachers’ union, the Federation of Secondary School Teachers (OLME). Themistoklis Kotsifakis confirmed his imminent redundancy and said teachers in Greece will continue to battle the availability measure and any further layoffs.
According to the terms of the bailout memorandum signed by the Greek government, a total of 11,400 civil servant layoffs are forecasted for 2014. Last year, 3,635 employees were fired, undershooting the Troika’s prediction of 4,000. Most of last year’s dismissals came from the closure of the Greek public broadcaster ERT.