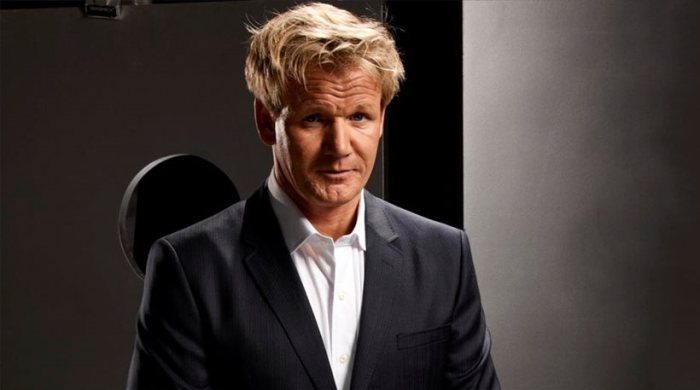 A legend of high gastronomy, whose restaurants have been awarded with 14 Michelin stars, and who is famous for television shows like “Kitchen Nightmares” will be visiting Greece for a series of TV shows that will be screened on British network Channel 4. Gordon Ramsey, the well-known chef who is familiar to Greek audiences through his television broadcasts, will go to Greece to help British people who own restaurants, hotels and inns in the country to refine the dishes that they offer their customers.
The idea for the new series is based on the local cuisine of the best tourist destinations in Europe and Greece, where record tourist arrivals are expected this year. Greece will be the first country that the famous chef will be visiting between May and June 2014. Ramsey himself has said many times that he is fond of Greek cuisine.
Gordon Ramsey is one of the best chefs of his generation, who became known worldwide mainly through the TV shows “Kitchen Nightmares” and “The F Word”. Born in Scotland in 1966, he tried to make a career in soccer but injuries resulted in him quitting football and turning his focus to haute cuisine. After working for two years in various restaurants in London, Gordon Ramsay moved to Paris and worked with award-winning chefs Guy Savoy and Joel Robuchon.
In 1993 he went back to London and within three years he was awarded with two Michelin stars.