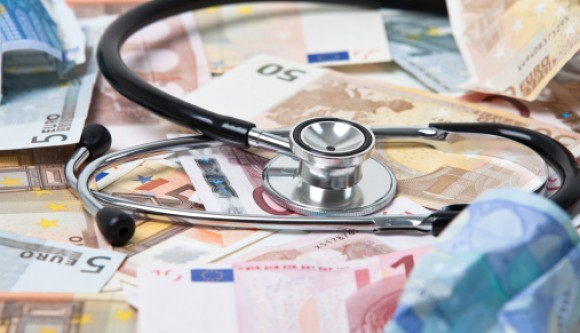 A study from the University of Cambridge showed that the Greek financial crisis has deadly effects on Greek citizens.
The study entitled Health effects of financial crisis: omens of a Greek tragedy was conducted by a team of scientists from the University of Cambridge, led by the Greek sociology researcher and Professor, Alexander Kentikelenis and was published in the Lancet medical journal.
Since the crisis outbreak several years ago, the Greek government had decreased its health spending as part of the austerity measures implemented for the recovery of the Greek economy. As a consequence, numerous Greek citizens have been left without health insurance and with no financial means to cover their medical expenses.
According to the study, this fact had major effects on the health of the Greeks. Increasing rates of HIV, tuberculosis, depression and other mental illnesses, drug dependence and even stillbirths are only some of the effects of the decreased health budget and the citizens’ lack of regular access to health care.
The scientists were particularly shocked by the 21 percent rise in stillbirths, according to data provided by the Greek National School of Public Health. “Some pregnant women no longer have access to health care, therefore the complications later on in their pregnancy can be more pronounced,” Kentikelenis said. The average Greek family can’t always afford private treatment and as a result some medical check-ups and tests required during the pregnancy are often omitted, resulting in pregnancy complications, future health problems for the baby or even stillbirths, he added.
Moreover, the medical charity Doctors of the World confirmed the dramatic impact of the crisis on the Greek peoples health. According to a charity representative, the charity programs running in Greece have been doubled since the crisis outbreak in order to treat Greek citizens who didn’t have the financial means of getting health care.
However, this dramatic situation isn’t going to change anytime soon, according to sociologists. The Greek government needs to implement more austerity measures and this will further worsen the financial situation of the citizens.