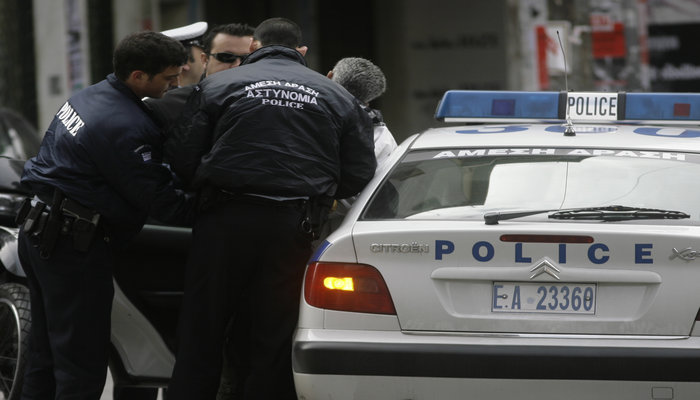 Although it was estimated that the financial crisis would generate an increase of criminality, the Greek police released data showing that crime rates were reduced in 2013.
Compared with 2012, homicides decreased by 11.9%; robberies by 17.9%; and burglaries fell by 15.2%. In Attica, robberies decreased by 17.4% and burglaries by 17.1%. Across Greece, antiquities smuggling cases decreased by 29.8%; blackmails by 16.7%; and forgeries by 14.8%.
Greek police’s official statement notes that in 2013, shop and bank robberies decreased by 18%. Burglaries fell from 1,191 in 2012 to 946 in 2013 (245 fewer), while there was a slight decrease of 1.3% in drug cases.
However, data shows that beggary increased by 142%; smuggling by 64.8%; circulation of counterfeit currency by 25.3%; and cases of sexual exploitation and abuse by 11%.
Regarding road safety, there has been a decrease of road traffic victims. Specifically in 2013, police recorded 115 fewer road deaths and 100 fewer fatal road accidents compared with 2012.
As reported, arrests of immigrants attempting to enter the country from the Greek-Turkish border in Evros reduced dramatically by 96.3%. In 2013, Greek authorities arrested 1,109 immigrants compared with 30,433 in 2012.
Greek authorities state that the number of officers dealing with illegal immigration in Greece amounts to 15,000, which is one-third of Greek police’s staff. Greece, because of it geographical position, is the main gateway to the European Union.