TechNews
GreekReporter.com Business Budget Office to Govt, Opposition and Troika: "Change, Or Else"

Budget Office to Govt, Opposition and Troika: "Change, Or Else" 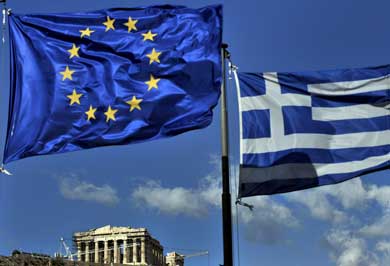 The Greek Parliament’s Budgetary Office (BO), responsible for monitoring how the Greek State’s budget is implemented, has issued its fourth quarter report for 2013 on the state of Greece’s fiscal and structural reforms.
Progress on Fiscal Reforms
On the upside, the BO report points out that “Greece is no longer the country with the highest deficits in the Eurozone,” and that Greece “has improved its position in the most important fiscal indicators.”
When compared to other EU countries, Greece now has:

Structural Reforms Found Lacking
While Greece’s fiscal adjustment program has been successful in reducing uncertainty and improving the country’s business climate, the BO report points out that structural reforms have taken a back seat.
Structural reforms, i.e. “radical changes in the functioning of the State,” which are implemented to fight corruption, bureaucracy and in order to improve business, education and the judicial system have, for the most part, been “incomplete, partial and fragmentary.”
The BO report warns that there’s a “mismatch” in progress achieved by faster moving fiscal reforms, when compared to slower moving structural reforms. This mismatch has “weakened the long-term prospects for recovery,” widened inequality and raised unemployment to “unprecedented levels.”
Broad Political Consensus Necessary
The BO report cites an analysis by the Bank of Greece (NBG)  in which the polarization of the Greek political climate is described as being counterproductive. The NBG analysis recommends that “a broad political consensus” is necessary to bring the Greek economy back into the green. The NBG analysis also raises fears that the upcoming EU and local Greek elections, set for late May, can only exacerbate Greece’s political polarization and stunt the Greek economy’s growth.
The BO report raises two questions about the socio-economic aspect of reforms:

Thus, like the NBG analysis, the BO report also concludes that broader “social and political consent” should be obtained.
High Debt a Deterrent To Investment
Despite the massive fiscal adjustments made by the Greek Government, the country’s debt has ballooned to 170% of GDP – “a deterrent to potential investors,” and thus growth, says the BO report. As a result, Greece will require international and European help, in order to fulfill its obligations to creditors, at least until 2020 to 2022.
Troika Needs to Change
With empirical research showing that Troika-imposed fiscal austerity has led to a much deeper recession than anticipated, the BO report warns that IMF, EU and ECB policies need to change. The BO cites recommendations for changes in a European Parliament inquiry report which identified “errors, malfunctions and serious failures, such as the deep recession, the sharp rise in unemployment and the increase in public debt.”
The Budget Office warns that, combined with serious problems regarding  legitimacy and acceptance by the Greek society, the austerity program has spawned a wave of populist forces and put the European structure in danger.
Nevertheless, concludes the BO report, Greek policy “must take into account” developments in the EU and the Eurozone as they “increasingly define the framework in which a national government functions.”